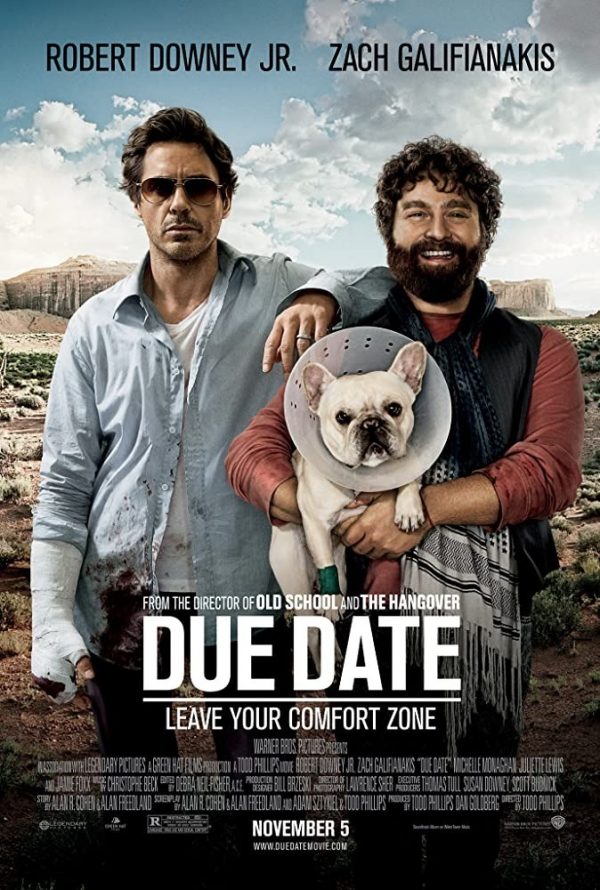 A highly strung father-to-be is forced to hitch a ride with an aspiring actor on a road trip in order to make it to his child’s birth on time. 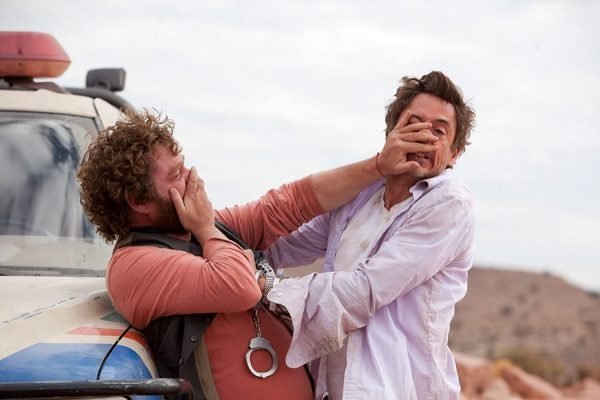 Director Todd Phillips looks to be getting comfortable, and if he is not careful he is going to start making a name for himself. Ten years ago he landed a hit with Road Trip. A film that could have easily cowered into the shadow of teen comedy giant American Pie, but it did not. It may not have matched the era defining success of its counterpart, but it certainly was a close relative.

Since the success of Road Trip, Phillips has gone from strength to strength, securing both the trust of his financiers and the A-list stars that flock to his films. From Starsky and Hutch to last year’s sleeper hit The Hangover, he has consistently displayed his ability to bring fresh, invigorating comedy to the screen with an eclectic range of acting talent.

This month he looks to continue this run of success as helmer of Due Date. Starring Robert Downey Jr. and The Hangover’s own Zach Galifianakis, the film shares a common theme with many of Phillips’s previous efforts of road movie mayhem. 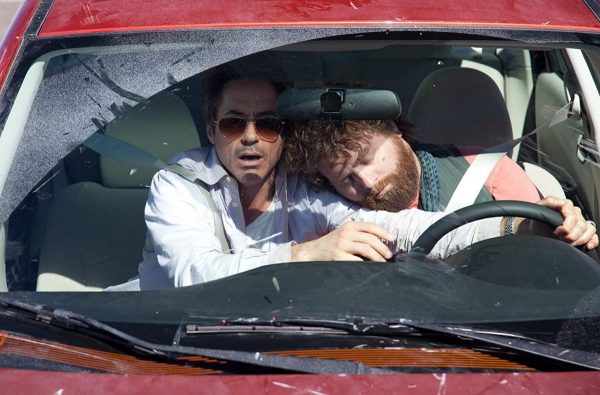 Downey Jr. plays the emotionally unbalanced Peter Highman, who is in almost as much need of an anger management course as he is desperate to get home to his wife who is on the brink of giving birth to their first child. But this is no menial task when Galifianakis’s dim-witted and calamitous Ethan Tremblay inadvertently wreaks devastation upon the new fathers every effort to race home.

With no option but to join Ethan (and his pooch) on a road trip across America, Peter is subjected to constant physical and mental abuse, be it in the form of suffering a very close encountered, cringe-worthy self-pleasuring display, to being arrested by Mexican border control for possession of drugs! All of Peter’s obstacles are of course due to his inane companion’s accidental behaviour and his frustration only grows when Tremblay simply assumes Peter is over reacting.

As the highway gets shorter, the obscenities get louder, but so do the laughs. The pace of the film never runs out of gas (err-hum) and the quality of the acting sustains our intrigue in the outcome of events. 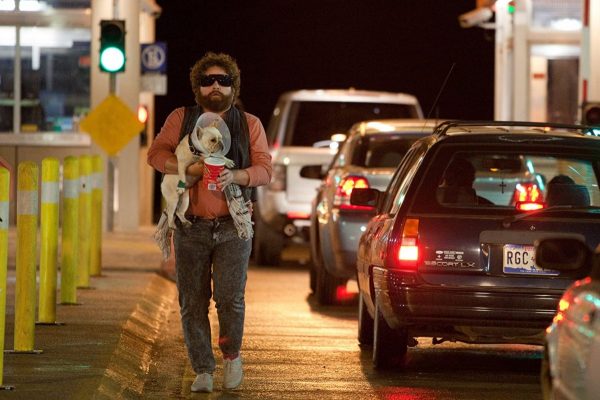 We have seen these characters before; Downey Jr. Is at his sympathy inducing, Dead-pan best which he mastered in Kiss Kiss, Bang Bang, and Galifianakis mirrors his performance from The Hangover, with the difference of significantly more screen time and a heightened idiocy displayed through his character’s quirky oddball disillusionment.

The performances do not feel stale, as they are played with such confidence and panache, and with an array of established actors such as Juliette Lewis and Jamie Foxx contributing their jocose talents, you cannot help but feel that this is one comedy being taken seriously by its collaborators. It is particularly rousing to see these actors lending their talents to the film when they are willing to do so in supporting or cameo roles.

It is not only the acting which will earn Due Date credit and acclaim. With a punchy, invigorating soundtrack reminiscent of Pineapple Express, which contributes immensely to the tone and pace of the narrative and a character driven screenplay, Due Date is more than just a cheap laugh. As with many postmodern films in recent years Due Date does not compel towards providing us with a complete character arc of moral transformation, but to the films credit, this lack of expected fulfilment proves to be bold and satisfying. 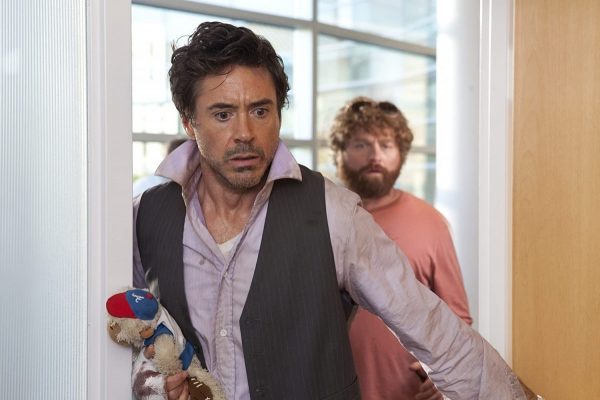 A full throttle, laugh-a-minute comedy with outstanding performances from a stellar cast. Due Date has set the benchmark for next year’s comedies to beat.