SYNOPSIS :
A Paris-set romantic comedy that slowly fades into a tragic drama. 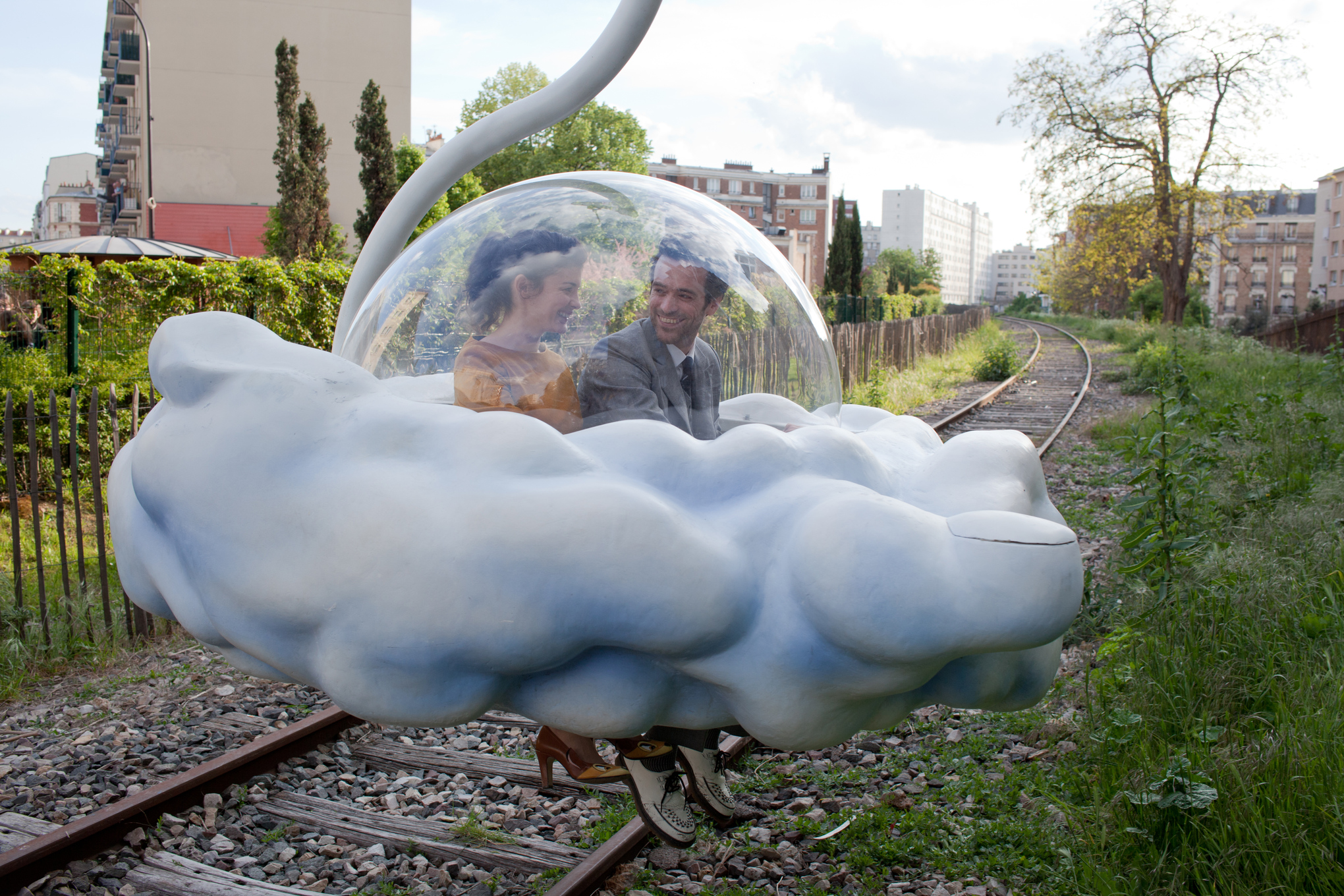 The opening 45 minutes of Michel Gondry’s Mood Indigo, almost exactly half of the movie, are deliriously happy. That’s when Colin (Romain Duris) and Chloe (Audrey Tautou) meet-cute, court and eventually wed (where they must compete in a box car race around the church for the ceremony to go ahead). It’s breathless, childlike fun; all ice-skating rinks and jumping on beds. The camera’s bright, primary colours reflect that.

Diaries are read on Rubik’s Cubes. Colin, our lead, has just invented a pianocktail (a musical instrument that adds a different ingredient to a cocktail with each note played). A talking mouse lives behind his bathroom mirror. The dialogue is equally ridiculous: “You treat me like a sideboard.”

All of these are silly, some of them profoundly impressionistic. After marrying, Chloe and Colin are shot underwater, floating off the ground, with everyone else in the church as a projected backdrop. The moment is, for lack of a less old-womanish word, lovely. These experimental tangents reach something deeper than realism or conventional shot/reverse shot conversation scenes ever could.

Then, just before that halfway mark, comes Chloe’s first cough. There is a water-lily growing in her right lung. The diagnosis is not good.

The tonal shift is shared by the film’s palette. Things get darker. Scenes are increasingly set at night-time. The visual flights of fancy become more restrained.

I watched Be Kind Rewind recently. That’s a terrific movie, one with just enough narrative to thread Gondry’s in-camera magic together. When Mood Indigo began, I thought he had gone back to his Science of Sleep ways; too many tangents, not enough thread. Then I realised what was going on. Those opening 30 minutes, although tremendously fun, are meant to be sickly sweet. Only then can you appreciate the gradual change by the end. A marvellous work.