With This Is England ’90 set to get underway on Channel 4 next month, The Guardian has posted a selection of new images from Shane Meadows’ latest TV miniseries, featuring the likes of Shaun (Thomas Turgoose), Lol (Vicky McClure), Woody (Joe Gilgun), Kelly (Chanel Cresswell), Gadget (Andrew Ellis) and Harvey (Michael Socha)…

SEE ALSO: Watch the trailer for This Is England ’90 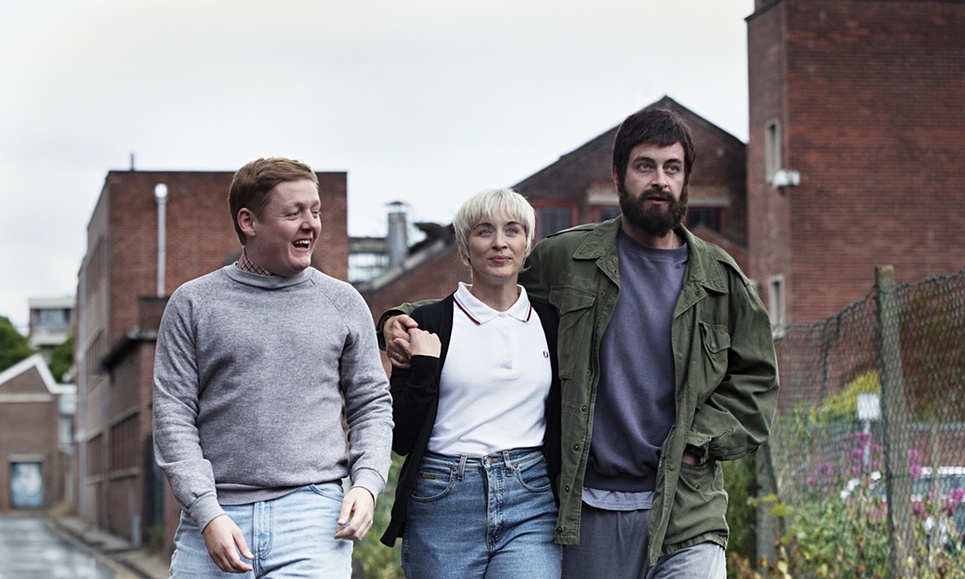 From fun loving fatties with bowl hairdo’s and baggy jeans, snorting whizz at the town hall discos in ‘spring’, to becoming part of the loved up masses as they batter E’s with thousands of new brothers and sisters in fields, forests & factories of England during the ‘summer’ of love.

Gazza’s tears. Hubble’s launch. Saddam’s invasion. Mandela’s release. This is 1990. This is England. And Lol, Woody, Shaun, Milky, Smell, Gadget, Harvey, Kell, Trev and Combo are back for the final chapter of Shane Meadows’ multi award-winning landmark series, which has started shooting in Sheffield.

It’s two years on since the less-than-festive Christmas of ‘88, with some of the gang embracing the new decade with more gusto than others. But a lot can happen in a year, and in true This is England style, the second summer of love soon gives way to a winter of discontent.

The four-part This Is England ’90 will premiere on Channel 4 in September.