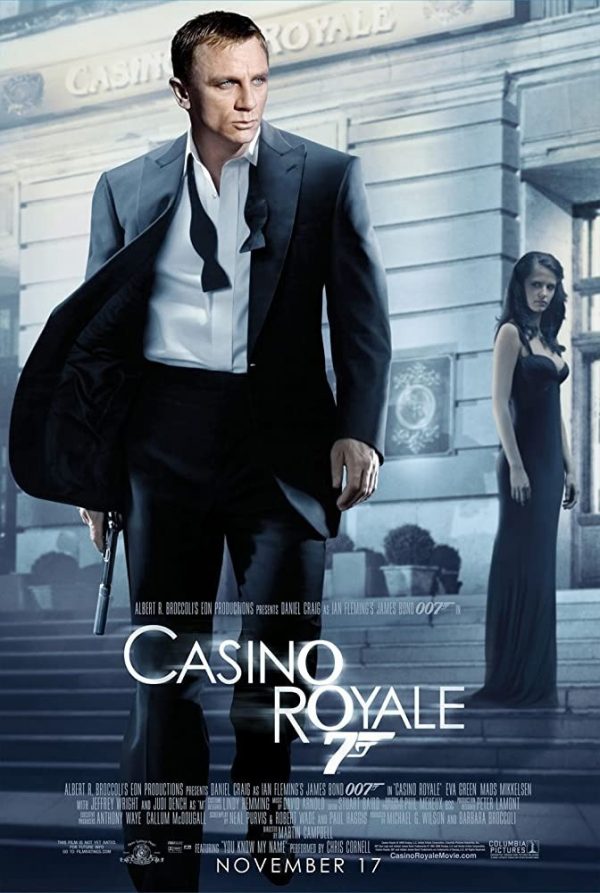 After earning 00 status and a licence to kill, Secret Agent James Bond sets out on his first mission as 007. Bond must defeat a private banker funding terrorists in a high-stakes game of poker at Casino Royale, Montenegro. 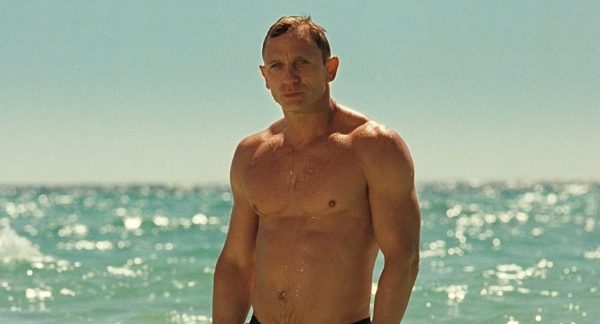 In the early-mid 00s the concept of a reboot became very popular in Hollywood, allowing studios to restart old or failed franchises as if nothing had ever come before. Batman Begins popularized the reboot concept in 2005 and really got it rolling. After Die Another Day was considered a disaster due to its excessive silliness, MGM decided a reboot was exactly what was needed to give the series a much-needed shot in the arm and copied much of Batman Begins’ formula.

Casino Royale features a James Bond who has just been appointed his 00 status, a fresh-faced rookie in the dirty espionage game. It’s also gritty and realistic, being very grounded after Die Another Day’s insane plot. After foiling a terrorist attack, Bond enters in a poker tournament in order to bankrupt Le Chiffre, a mysterious man who finances terrorists all over the world, and blackmail him into giving up all the information he has on his clients.

It’s a far departure from the usual high-stakes Bond faces, but one that works very well. Much like the early Sean Connery films, Casino Royale is a pure espionage story, focusing on the gritty aspects of the spy genre. This film is one of the few that features absolutely no gadgets, save for a portable defibrillator, forcing Bond to rely on his wits and skills alone.

Daniel Craig makes his introduction as Bond and delivers on an excellent performance. His depiction of Bond is much closer to novel’s than any of the previous actors have been; he’s cold, deadly, highly intelligent yet emotional as well. Casino Royale is the first Bond film that truly humanizes and deconstructs the super-agent, showing his struggle to remain “half-monk, half-hitman”. This should be expected given that it is an origin story, but one really does get to know what makes Bond tick largely thanks to Craig’s performance. While he may not have the ‘traditional’ Bond look (a fact which caused a startling amount of controversy from fans), Craig is every bit James Bond as his predecessors. 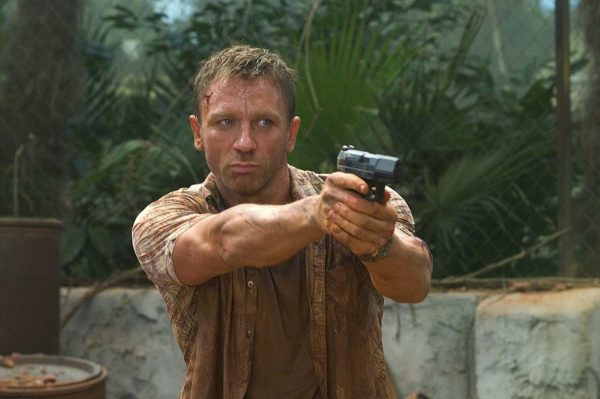 What helps elevate Casino Royale to be among the best of the franchise is Eva Green’s performance as Vesper Lynd. She is arguably the first Bond girl to have actual chemistry with Bond, let alone Bond’s actor. Craig and Green play off each other very well, making their character’s connection feel real and creating an emotional investment in their relationship that few other Bond girls have. Their introductory scene of the two of them sizing the other up says everything you need to know about their relationship. Vesper is not at all impressed by Bond’s charm and can match his wits, dishing out his insight right back at him. By the time the film delivers its final twist, the emotional payoff is well worth it.

The film also serves as Mads Mikkelsen’s first mainstream film as he takes on the role of Le Chiffre (French for The Cypher). It’s refreshing to see a villain who is not interested in world domination or world-ending death machines as his only interest is earning back the money he lost before his organization kills him. Mikkelsen displays the coldness of Le Chiffre’s character very well. Since he’s not a physically imposing villain he also relies on his intelligence to survive, opting for subterfuge in his many attempts against Bond until the infamous torture scene, where he displays all of the character’s ruthlessness in a shocking manner. Mikkelsen definitely makes for one of the most memorable Bond villains. 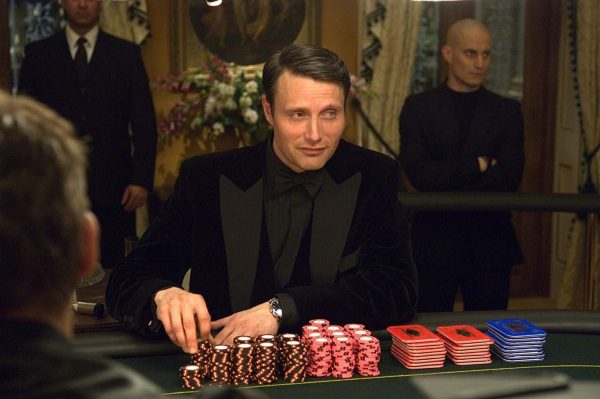 Casino Royale also features some of the best action in the franchise. Since Die Another Die went so over-the-top in its action, utilizing plenty of CGI and green screen, Casino Royale uses a lot of practical effects and stunts. The parkour chase is a standout action piece not just in this film, but in the entire franchise. This is also perhaps the most times Bond’s engaged in fist fights in one film, and very brutal fist fights at that. Casino Royale did so much to ground and humanize Bond in a way very few of the previous films have done, marking this as a huge success in the franchise.