In fifth place – or fourth, I can never quite work that out – we have a tie: both the years 1993 and 1999 have an average Best Picture Oscar nominated film IMDb rating of 8.06. Yeah, it goes down to two decimal places. We’re not screwing around here. There’s 88 of these bad boys.

1993 was a tremendous year, having Daniel Day Lewis’ Guilford Seven drama In the Name of the Father, Jane Campion’s New Zealand period piece The Piano, Anthony Hopkins and Emma Thompson’s post-war set The Remains of the Day, Harrison Ford running away from people in The Fugitive and, the eventual winner – with a whopping 8.9 rating on IMDb (which is the joint fourth highest ever to be considered for a Best Picture Oscar) – Schindler’s List. A pretty period piece heavy year, then, with three out of the five taking place at least 4 decades previously.

1999’s winner was far more contemporary – the 8.4 rated American Beauty, Sam Mendes’ movie about plastic bags and the dark side of suburbia. It was flanked by two other highly rated films – The Green Mile at 8.5 and The Sixth Sense with 8.1. Michael Mann’s The Insider and the Tobey Maguire-starring The Cider House Rules rounded out the pack.

1972 is in third place with an 8.1 average IMDb rating. Liza Minnelli’s subversive musical Cabaret, John Boorman’s lads holiday that goes terribly, terribly wrong movie Deliverance, Swedish period drama The Emigrants and racial justice film Sounder respectably rank between 7.7 and 8, but it is that year’s winner that really drives up the overall score. The Godfather’s 9.2 is the second highest rated movie ever to be nominated for a best picture oscar. The highest is coming. There’s a payoff to this tease.

Oddly enough, just like how both entries at joint fifth place were in the same 90s decade, so are the years ranked two and three. 1975, with an overall score of 8.16, is the second best year ever in cinema…according to our massive asterisk of criteria.

But what a year: Robert Altman’s masterful comedy drama Nashville was the lowest rated of the nominees at 7.8, with Stanley Kubrick’s Barry Lyndon, Steven Spielberg’s Jaws and Sidney Lumet’s Dog Day Afternoon all possessing 8.1s. That year’s winner, One Flew Over the Cuckoo’s Nest, had a massive 8.7.

Now, the number one spot. So far, we’ve only had two decades represented – the 70s and 90s. And that isn’t going to change, as the best year ever for cinema according to the average IMDb ratings of Best Picture Oscar nominees is…1994, obliterating the closest competitor with an 8.32 – almost .2 more than second place. 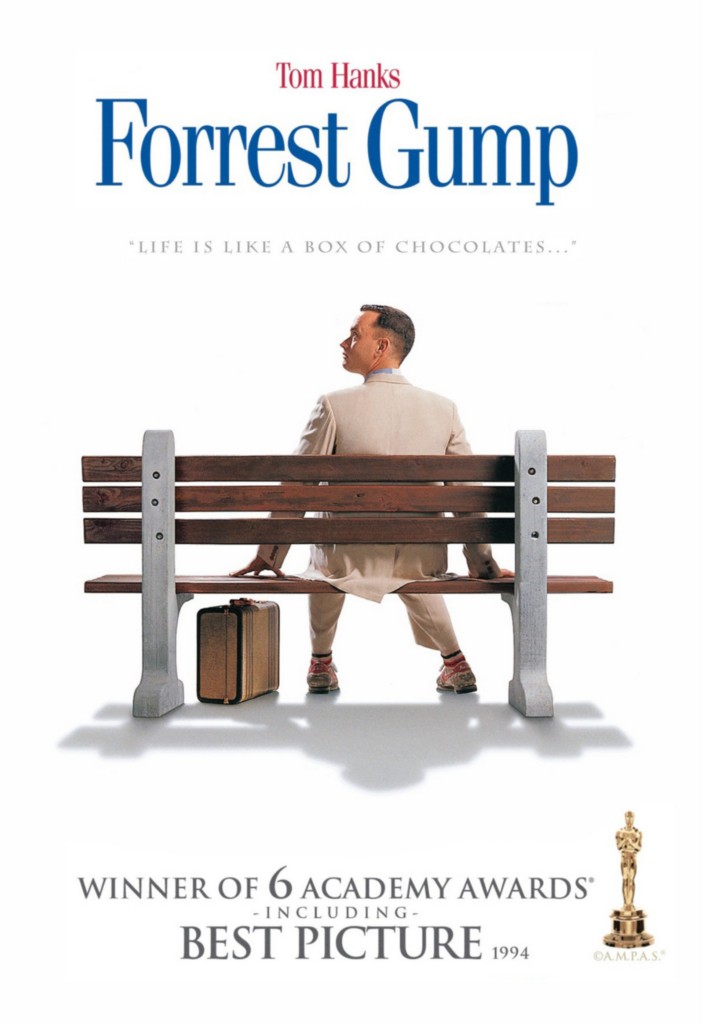 And all in spite of the Hugh Grant birthing Four Weddings and a Funeral at 7.1 and Robert Redford’s investigation drama Quiz Show at 7.5. 1994 was a year of three terrific movies – Quentin Tarantino’s Pulp Fiction with an 8.9 rating, that year’s eventual best picture Oscar winner Forrest Gump with a slightly lower rating of 8.8, and, the highest rated film on IMDb of all time – Frank Darabont’s The Shawshank Redemption with a ginormous 9.3.

So if the question of what was the best year ever in cinema comes up at the pub and things get a little heated, just say ‘hey, guys – it’s fine, a systematic collection of cold, hard numbers and aggregate data shows us the correct answer is 1994!’ You’ll be a hero to cinephile accountants everywhere.