Fans of Empyrion – Galactic Survival will be pleased to hear that Alpha 6.6 Experimental has been released.  This new update will add some new gameplay features, make some welcome changes and add a couple of new vehicles. 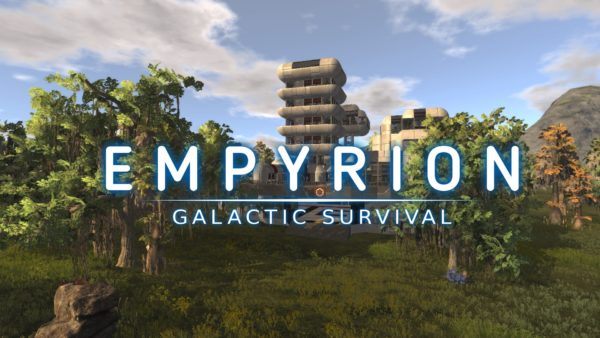 In this latest update Eleon Game Studios have made a few additions to enhance the gameplay.  These new gameplay features include; the ability to switch between weapons while reloading, an increase to the range of the colour and texture tools, the ability to enable or disable the auto-break feature in vehicles, an improvement to size class calculation and an increase in structure limit from 64 to 200 in single player games.

As mentioned above, Alpha 6.6 Experimental features 2 new vessels, these are the Velites (SV) – a low tier ship design mainly for PvE and the Thanatos Assault vessel – a tier 6 HV designed specifically for taking out POI’s and contains reinforced frontal armour.

There are lots of other changes and plenty of bug fixes in the Alpha 6.6 update and include:

Changes:
– Toolbar can now be removed when pressing the middle mouse button (the default button can me re-mapped)
– Elevated some console commands to Moderator level and we now display the permission level for all console cmds
– Added message when there is another structure in the area the player wants to spawn a blueprint.
– When a file system error occurs after publishing a scenario, no info was given. Now a helpful message box is displayed.
– To allow deleted Workshop scenarios to be re-published a ‘Remove link’ button is now displayed in that case
– Added 2sec timeout to control panel buttons (lights, turrets and main tasks)
– Added info of savegame version of first savegame start to client.log and console
– Some renaming of stock prefabs + updated all stock prefabs due to improved class calculation

Bug Fixes:
– Fixed: Problem that HVs were sliding on small slopes
– Fixed: NPC Nightmares can clip through blocks of vessels & can cause damage to the avatar inside
– Fixed: Player hovering in air when drilling down
– Fixed: Player can use elevator even if not inside elevator
– Fixed: Curved stairs are impossible to get up unless jumping
– Fixed: Blueprint factory accepting certain items – factory now returns sub-items it does not need for the Blueprint to be produced
– Fixed: Remove terrain from buried turrets (bounding box).
– Fixed: Error when using a banned workshop scenario
– Fixed: MP: Dropping items or a backpack onto a rock results in them going through the rock & become unreachable by players.
– Fixed: Possible to shoot with fully covered SV guns through triangle blocks
– Fixed: Large Plasma Drones are not counted for the mission Drone Hunter.
– Fixed: Problem that when spawning a BA parts of it could be within an anti-grief area
– Fixed: Problem with “The referenced script on this Behaviour (Game Object ‘<null>’) is missing!” in output logs
– Fixed: Problem that “SpawnResource” did not work with POIs
– Fixed: Turning off forward facing thrusters no longer allowed vessels in orbit to cruise.
– Fixed: “Publish Scenario” option is available for some stock scenarios
– Fixed: Subscribing to a workshop BP whilst in-game causes the in-game BP list for workshop BP’s to go blank until relaunch of game
– Fixed: Deleting the last Scenario from Steam Workshop allows re-publishing what lead to a CoQ
– Fixed: When you kill a Armoured Golem their corpse doesn’t show they still stand up with a walking animation
– Fixed: Circuit signal got lost when the referenced output signal is from a circuit below
– Fixed: “Dawn of Galaxy” scenario Maiy Mission 2 Gardening “Harvest Crops” never completes.
– Fixed: Issue with mirror plane still mirroring with no location set
– Fixed: Light and Turret toggles can still be switched while awaiting switch timer, leading to sometimes wrong state
– Fixed: Texture on the top part of the repair block is not centered.
– Fixed: Portal: fixed bug that player in no faction could block a portal that was set to LockedToFaction
– Fixed: Added missing loca strings for ITEMS and DEVICES
– Fixed: Several missing loca strings for GUI
– Fixed: Missing text for HUD Objects for dynamic font locs (eg Japanese)

There’s plenty in this update to keep Galactic Survivalists busy for a good while.  Let us know what you think to the update in the comments below.