It goes without saying that Minecraft is one of the most successful and popular games in videogame history and if you are one of Minecraft’s die hard fans then this limited edition Minecraft Xbox One S is one for you.  This wonderfully designed console will be arriving on the 3rd October.  See more of this limited edition model in the video below… 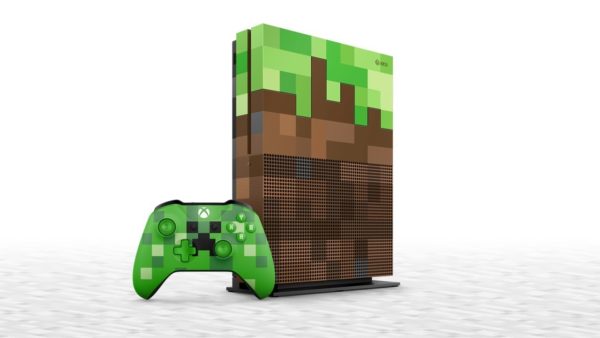 The Xbox One S Minecraft Limited Edition Bundle has been made to resemble the game’s most recognisable of blocks, grass.  Those with a passion for the humble dirt blocks will love the design on the console not to mention the 4K enabled video streaming and premium audio.

Alongside the console is the fantastically designed Creeper-themed control pad, a month of Xbox Game Pass and the Minecraft game itself.  There will also be the Minecraft Redstone Pack included which consists of a collection of skins and other custom content.

The Xbox One S Minecraft Limited Edition Bundle will be available on the 3rd October.