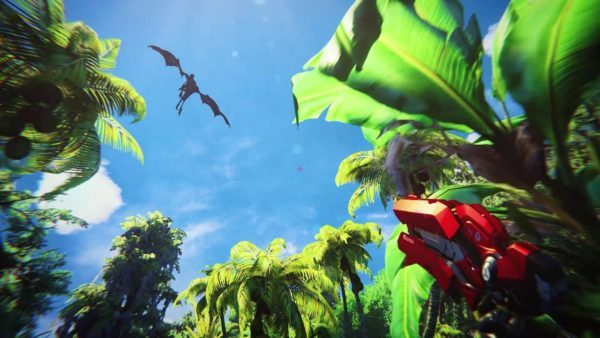 In TauCeti Unknown Origin players take the role of a stranded survivor from the spaceship ESS Meridian (known from Dead effect 2) which has had technical issues and crashed.  Fortunately the protagonist has managed to get on the only working escape pod which lands on the beautiful yet lively Tau Ceti F.  On this strange new world players will find thick tropical rainforest, deep canyons temples of ancient civilizations and other ruins but danger lurks everywhere.

TauCeti Unknown Origin will allow options for both PvE and PvP gameplay for up to 8 players and will cater for those who love crafting and base building.

Look out for more news on TauCeti Unknown Origin on Flickering Myth soon.