EA and DICE have unveiled Battlefield 1 Revolution at their Gamescom stream; this is a new edition of their hit multiplayer shooter title which is available on Xbox One, Playstation 4 and PC as of today.  This new edition includes the main game and a Premium Pass giving access to all four DLCs.  A new trailer has been released to accompany the announcement and can be watched below… 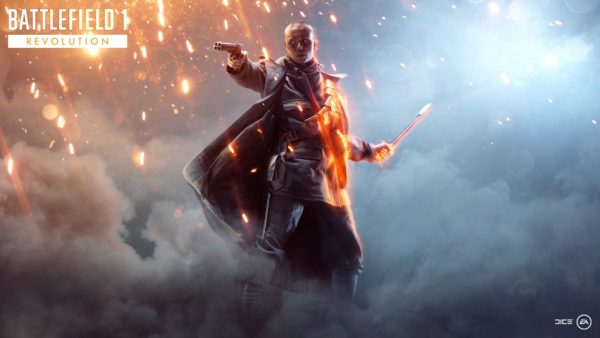 As mentioned above, Battlefield 1 Revolution will include the base game and the Premium Pass which will provide access to four expansions, these are: They Shall Not Pass (available straight away), In the Name of the Tsar (coming September), Turning Tides (available in December) and Apocalypse (arriving early 2018).  Each of these expansion will provide new maps, weapons, and game modes.  Those who purchase this edition of the game will also receive the Red Baron Pack, Lawrence of Arabia Pack and Hellfighter Pack which contain themed weapons, vehicles and emblems based on these famous heroes.

The ‘In the name of the Tsar’ expansion, coming September, will bring six new maps, 2 new Operations, 11 new weapons, new vehicles, a new Supply Drop game mode and more, however, for those who own Battlefield 1 Revolution or the season pass, the first of these 6 maps, ‘Lupkow Pass’, is available to play now.

Also announced at Gamescom was Battlefield 1 Incursions.  This is an intense competitive experience where teams take on each other in 5v5 matches.  A Closed Alpha for this mode will begin in September.