UK publisher and developer of VR content nDreams have announced that their zombie apocalypse co-op brawler, Bloody Zombies, will be released on Xbox One, Playstation 4, PC and VR platforms on the 12th September.  Bloody Zombies takes players on a killing spree through the zombie ridden streets of London. 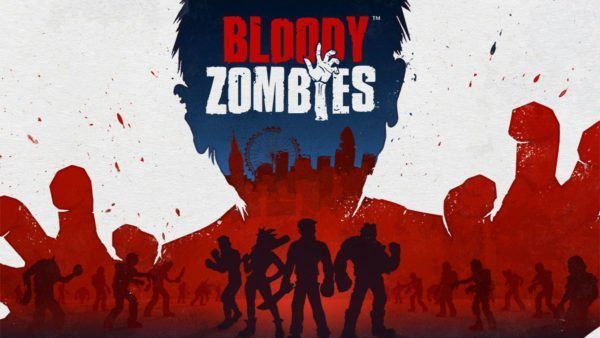 Bloody Zombies is a co-op brawler for up to 4 players and set on the zombie infested streets of an apocalyptic London.  The only survivors of this undead infestation are Teller, Rei, Mick and Eddie, four Cockney stereotypes who want to take back the streets of their beloved city.

Players will be able to use easily accessible moves and perform near unlimited, chainable combos.  There will be unlockable and upgradable special moves and passive skills that can increase player’s zombie slaying abilities and also the chance to discover unlockable weapons.

There will be plenty of the undead to practice combos on and lots of deadly zombie bosses who will use claws and other deadly weapons to tear you apart and that will require a different tactic to beat.  There will also be zombies who will self destruct when they are close to you.

“Bloody Zombies is a classic co-op brawler but with a new twist where VR players and non-VR players can battle the undead together, either online or couch co-op. Think Streets of Rage and Castle Crashers on amphetamines, throw in some friends, add in the unique viewpoint when playing in VR and Bloody Zombies is like no other game out there!”  David Corless, VP of Publishing, nDreams.

Look out for Bloody Zombies coming to consoles, PC, Oculus and Vive on the 12th September.