At Gamescom today Curve Digital and Runner Duck Games have announced that their bomber simulation game Bomber Crew will be arriving on Steam on the 19th October.  A new trailer has been released to accompany this announcement and can be seen below… 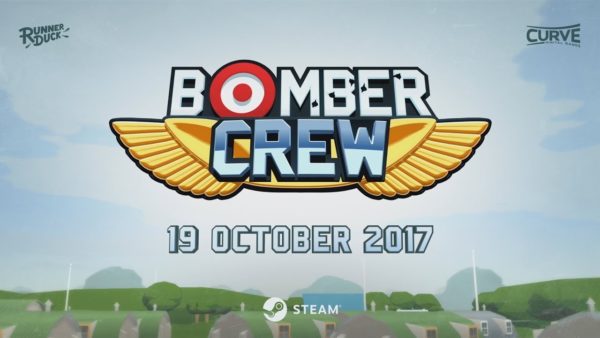 In Bomber Crew players will need to manage a bomber and its crew as as they fly over enemy lines on a mission to destroy enemy positions and assets.  Players will need to be careful of the many hazards from the enemy such as guns, enemy radar, enemy pilots and time.

As a bomber captain players will need to recruit new crew members and train them in the use of the equipment in order to achieve your mission.

Simon Byron, Publishing Director at Curve Digital said: “We are incredibly delighted to be working with Runner Duck at the Bomber Crew launch. The game brings together the serious aspects of a simulation game, mixed with a humor players are going to love. ”