YesGnome Games, in partnership with Cartoon Network have announced that their latest mobile game Champions & Challengers – Adventure Time, based on the hit animated series, will be coming to Android, Amazon Fire and iOS mobile devices this Autumn.  Watch the game’s teaser trailer below… 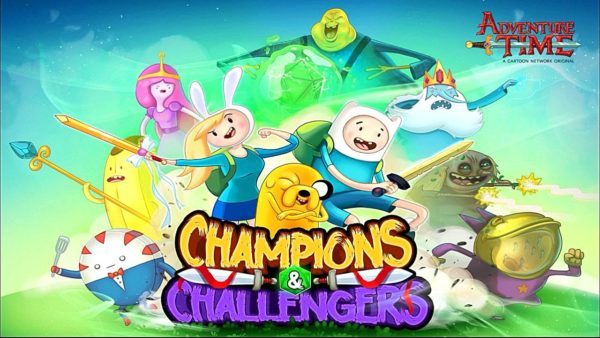 In Champions & Challengers – Adventure Time the evil Dice Lord has kidnapped all the Adventure Time characters and it is up to players to rescue them all through strategic turn based RPG-style combat.  Players will be able to rescue their favourite heroes and villains from the show and upgrade them to unlock new abilities which can then be used to rescue more of the characters.

There will be over 90 characters to collect from the series including fan favourites Finn, Jake, BMO and Princess Bubblegum and all of these can be ranked up to create the perfect team with perfect Special Tricks and Artifacts.  Players will control these characters using intuitive gesture controls and cleverly designed RPG style combat.

There will be special events that players can participate in and also a PvP mode that will allow gamers to battle each other in a special arena and make their way up to the top of the leaderboard.

Look out for Champions & Challengers – Adventure Time coming this autumn to mobile devices.