After what seems like an age, Funcom’s Conan Exiles has finally arrived on the Xbox One as part of the Xbox Game Preview Program and along with it comes The Frozen North expansion which introduces new features and expands the already sizeable game world.  A new trailer for The Frozen North can be found below… 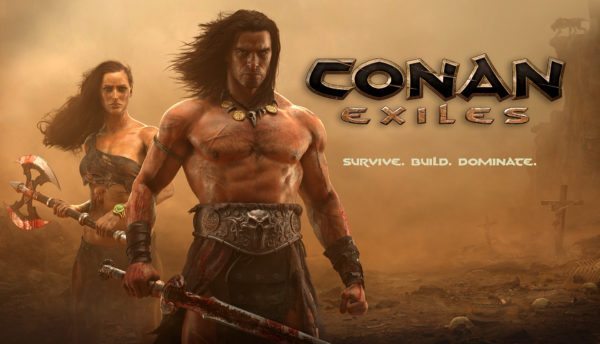 In Conan Exiles players are an exile, an outcast, sentenced to walk the barbaric wasteland where only the strong can survive.  Using survival skills and prowess with a weapon players will need to conquer barbarian tribes, fight terrifying monsters, explore ancient civilisations and build anything from a small town to a huge city in your name.  Players will be able to play alone in their own world or fight for survival in multiplayer.  In The Frozen North players will go from the arid wastes to the snowy highlands.

“Today’s launch on Xbox One and the release of The Frozen North expansion updates is an important milestone on the game’s Early Access roadmap,” says Funcom Head of Games, Lawrence Poe. “During the first six months of Early Access on PC our focus has been to work with our core community eliminating exploits, improving core systems, and fleshing out both content and features. In this phase two of Early Access the game is bigger and better than ever and we are very excited about bringing the game to an entirely new audience on Xbox One.”

Conan Exiles is available on Xbox One now.