Bandai Namco Entertainment Europe have today showcased Naruto to Boruto: Shinobi Striker, their latest game in the Naruto series, at Gamescom.  Shinobi Striker introduces the Avatar System allowing players to create their own ninja.  This feature is showcased in the new trailer below… 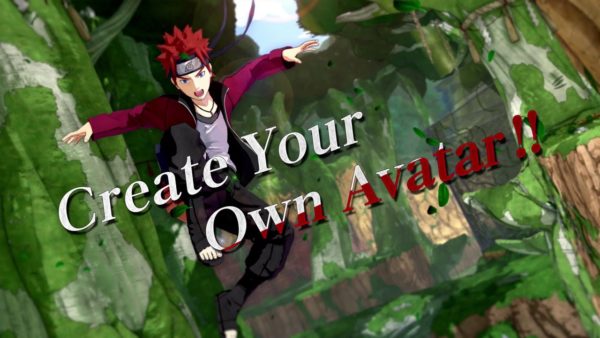 The new Avatar System is a first for any Naruto title and allows players to customise their own ninja by choosing how they look and dress.  There will be plenty of outfits for players to choose from as they design their ninja before they gather to see who is the best in the Ninja League.

The trailer also reveals new areas and characters that will be making their appearance, Boruto, Shikamaru, Choji and 4 different shinobi avatars each with different skills and abilities will be able to join in the fight in vertical maps such as Hidden Cloud Village.

Ninjas! Prepare to enter a world where only your skills and your communication with your team will matter! In NARUTO TO BORUTO: SHINOBI STRIKER, teams of four from around the world will endure multiple types of battles, from protecting your flag, to breaking barriers for your team. Create your own custom character and combine skills from the 4 different battle types in order to become the strongest ninja in the Ninja League!

Naruto to Boruto: Shinobi Striker has been developed by Soleil Ltd and will be released on the Xbox One, Playstation 4 and PC in 2018.