Dissidia Final Fantasy NT is set for release on PlayStation 4 in North America on January 30th 2018, with the European release date yet to be confirmed. Following on from its PSP predecessors, Dissidia Final Fantasy and Dissidia 012 Final Fantasy, NT is a class based 3 on 3 team brawler awash with characters from the Final Fantasy series; including Sephiroth, Warrior of Light, and Tidus. To sate your enthusiasm, Square Enix has revealed the pre-order options to tickle your Final Fantasy taste buds! 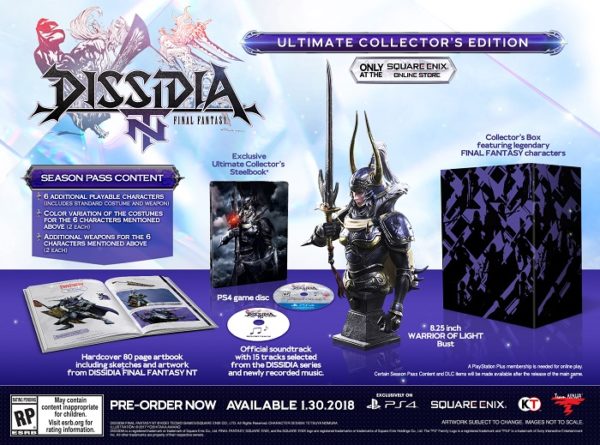 Customers who pre-order from participating retailers will receive one of three limited edition Steelbook designs at random. Each Steelbook design features a different set of iconic FINAL FANTASY heroes and villains to trade and collect. 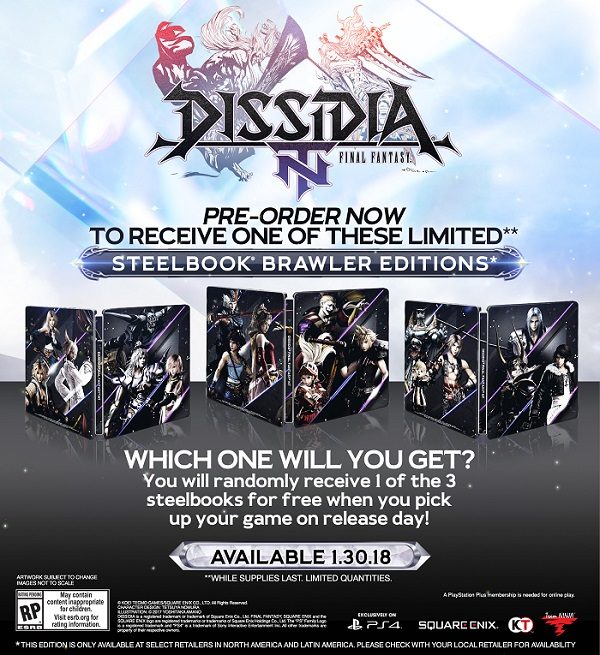 Fans interested in a digital-only version can pre-order from the PlayStation Store to instantly receive a mini-soundtrack featuring five songs plus access to the ‘Nameless Warrior’ character skin for Warrior of Light. The Digital Deluxe Edition also includes the Season Pass. 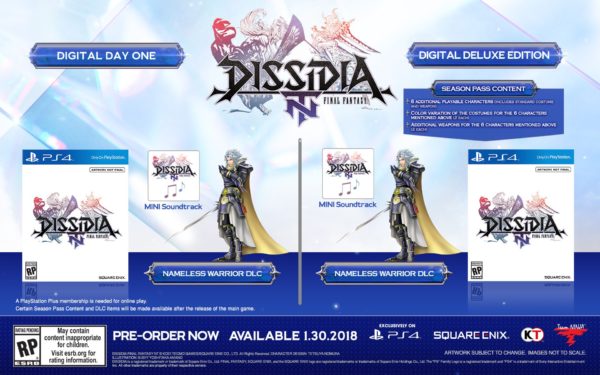