SEGA Europe and Playsport Games have announced that they will be releasing a free update and new DLC for their PC racing management game Motorsport Manager on the 21st August.  This new DLC will bring a set of new challenges to test players skills and is available to pre-order from today with a 10% discount.  A new trailer has been unveiled showing the features of this new content.  Watch this below… 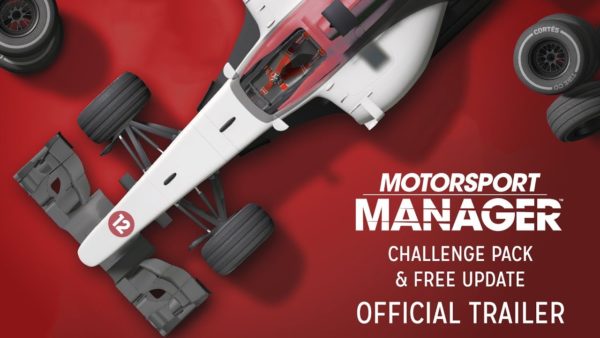 The new Challenge Pack DLC will include 12 brand new challenges to test player’s skills.  These challenges have been inspired by events in racing history and include such challenges as premises burning down, dealing with the controversial rule of race sprinklers and managing the Chairman’s son as a lead driver.  The 12 new challenges will vary in the amount of time to complete and this can range from a single race to an entire season.

The Devil’s in the Detail free update will provide more in-depth features including lap charts, dynamic driver mistakes on the track and weight stripping.  Weight stripping is a new game mechanic that will allow players to remove weight off certain parts to help increase the car’s performance.  The update will also introduce the ability to save and load car setups, this is a much requested feature made by the community.

Look out for this free update and new DLC coming to Motorsport Manager on the 21st August.