Perfect World Entertainment have announced that the first update for free to play strategic hero shooter Gigantic is now available.  The Corruption Update includes a brand new hero, Custom Lobbies and the ability to set a ‘Push-to-Talk’ key for the in-game voice chat.  A new trailer has been released that provides an overview of the new hero, and you can watch this below… 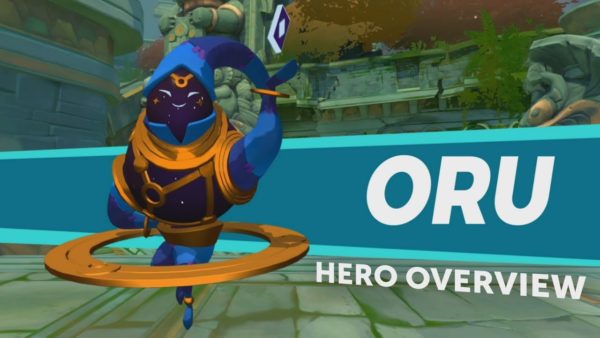 Gigantic’s brand new hero is a mid-range caster called Oru and is full of mischief.  Oru provides a new set of tools for use on the battlefield.  Known as ‘The Fortune Teller’, Oru thrives in teamfights and his kit allows him to combine his skills to enable him to deal high damage and provide utility to the team as crowd control.  A list of his skills can be seen below.

As well as the new hero, the Corruption update introduces the beta version of Custom Lobbies.  These lobbies allow teams to arrange 5v5 matches without the requirement of entering general matchmaking.  This feature will be particularly useful for those groups who want to take on others as and when without relying on the ‘luck of the draw’ in the matchmaker pool.  It is worth noting that Custom Matches do not award currency or affect player’s progression with prestige or badges.

The Corruption update features lots of changes to maps, characters and general changes to audio plus the introduction of the Push-to-Talk feature for voice chat.  For more details on these check out the Gigantic update notes here.