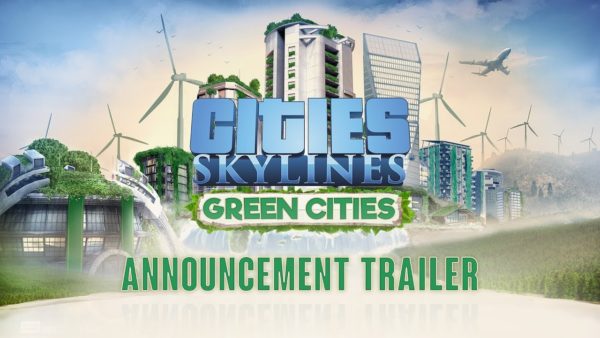 The new Green Cities expansion will allow budding mayors to create the perfect environmentally, pollution free city.  With 350 new assets to use in your creations you can ensure as low a carbon footprint as it is possible to have.  New assets to the game include eco-friendly buildings, organic stores, new parks and electric vehicles.  There will also be new in-game services that can be utilised in your campaign to go green.  Also included with this expansion will be new scenarios, new policy options and even a brand new Monument.

As with all expansions, a new free content update will also be available and this one shall include electric cars, road modding, changes to noise pollution and more beautification options in the form of parks and trees.

Green Cities will allow mayors to make sustainable cities, complete with organic stores, electric vehicles, and new services designed to make pollution a quaint notion of the past.

Look out for the Green Cities expansion coming to Cities: Skylines on PC, Mac and Linux later this year.