With only a few more days to go until the release of Agents of Mayhem Deep Silver have unveiled the game’s launch trailer.  This trailer features all the agents to feature in the game and provides a taste of the extreme action players will get to experience when it is released on the 18th August.  Watch this trailer below… 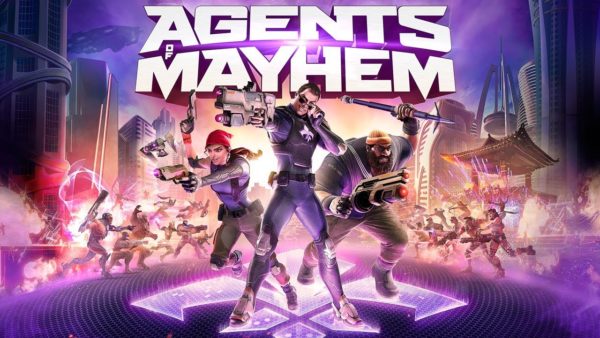 Agents of Mayhem is a single player, open world, third person action game developed by the team who brought us Saints Row and will provide funny extreme action moments and laugh-out-loud scenarios in a futuristic city of Seoul.  Players will become part of the new anti-terrorist initiative called MAYHEM and take on a super villainous organization known as LEGION which is led by a clever and unscrupulous man called the Morningstar.

Combat
Agents of Mayhem includes 12 unique characters, each of which have their own weapons, specialisations, skills and upgrades, special moves and motivation for fighting LEGION.  The Agents’ power in combat comes from their daredevil nature and their greatest advantage is the use of teleportation technology.

Open World of Seoul
Players can use their Agents abilities to travel around Seoul if you prefer you can summon your custom Agent vehicle or even carjack a civilian vehicle.  Take part in the numerous open world activities to take back Soul from LEGION, from eliminating LEGION patrols to destroying their equipment and supply trucks. Agents of Mayhem includes a multitude of activities to take part in.

Create the perfect squad
Start as a small operation and make MAYHEM a powerful Agency with major perks, international influence and the power needed to defeat powerful villains.  Upgrade agents with gadgets, Dark Matter shards and weird and wonderful weaponry.  The game’s twelve agents can make over 200 different combinations of agents.

Agents of Mayhem will be rleased on the 18th August on Xbox One, Playstation 4 and PC.