Maximum Games and Coolabi Group have announced that they will be bringing Beast Quest to the Xbox One and Playstation 4 on the 31st October.  Based on the famous children’s book series (consisting of over 120 different books) and developed by Torus Games, the Beast Quest game will be an action adventure title with elements from the RPG genre.  Watch the new announcement trailer below… 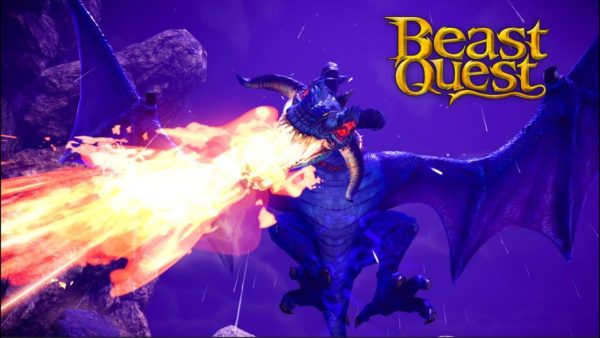 In Beast Quest will experience the same magic that is found within the covers of the books.  Players will travel across the mythical land of Avantia fighting boss battles and performing combos to defeat the evil that is creeping across the land and corrupting it’s creatures.  There will be plenty of challenging quests to complete, upgrades to unlock and ancient secrets to discover in the game’s beautifully designed environments.

“The high-fantasy setting, characters and lore of Beast Quest are the perfect foundation for a modern adventure game on consoles,” said Christina Seelye, CEO of Maximum Games. “We’re building a gorgeous world true to this imaginative series that millions have come to love while giving fans of adventure games everywhere a unique experience to enjoy.”

“The team at Maximum Games have taken great care to understand Beast Quest and why it inspires such passion from its followers,” said Valerie Fry, Director of Licensing for Coolabi Group. “This game represents a completely new way for fans to engage with this one-of-a-kind universe, and we’re thrilled to see it come to life!”

Beast Quest will be aavailable on the Xbox One and Playstation 4 this October.