With update 0.6.9 getting ready to surface Wargaming have revealed the first of their new historical commanders that will be coming to World of Warships update 0.6.9, say hello to Yamamoto Isoroku, Commander of the Japanese Imperial Navy.  These new commanders will provide a combat or economic bonus in the game.  To learn more about what Yamamoto will offer check out the new trailer below… 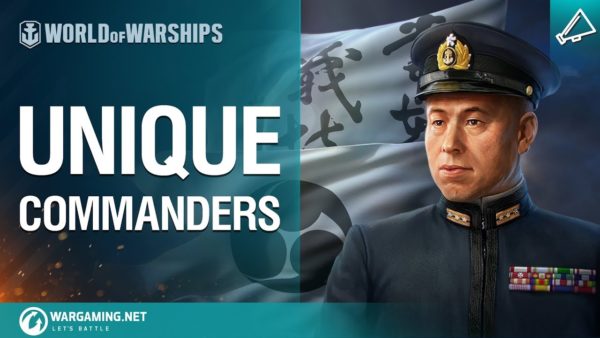 Unique commanders will come as one of two types; Normal Commanders will have the same set of skills and are leveled up in the same way with the only difference being their name, image, voice overs and nationality.  Hero Commanders will be marked with a special ribbon and will receive combat, economic or other bonuses or will even have unique skills.  These skills cannot be reset during retraining.

The new Yamamoto Isoroku campaign will tell the story of this World War 2 commander and is available for players that have achieved Level 9 in the Service Record.  This campaign consists of five missions and is intended for Tier VIII ships and upwards.  The first mission in the Yamamoto campaign will be available after Update 0.6.9 and then one every 2 weeks.

Rewards for completing this campaign are Commander Yamamoto Isoroku in the Port and the tier I Hashidate.  Players will also get a Container with items from the Yamamoto Collection and some bonuses, plus 200,000 Credits and 50,000 Elite Commander XP for retraining Yamamoto for the desired ship.

Yamamoto has 15 Skill points and the following two exclusive talents:

Look out for this campaign with the 0.6.9 update.