During Microsoft’s Gamescom briefing it was revealed that the Xbox One X will have an extra special Project Scorpio Edition released on the 7th November.  Watch the videos below to see what’s included and the unboxing by Xbox guru Major Nelson aka Larry Hryb. 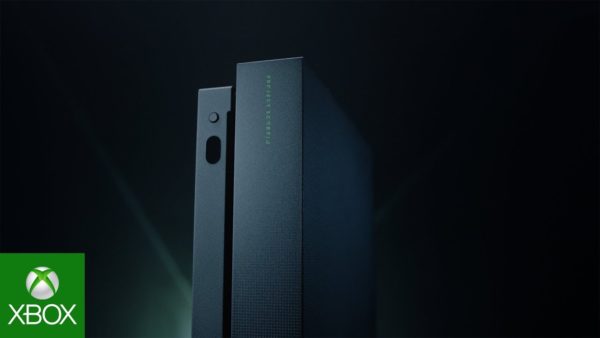 Just like the Xbox One X, this edition will support 4K and Dolby Atmos and have all the other tech features.

Included in the box (designed to pay homage to the original Xbox) will be:

The Xbox One X Project Scorpio Edition will retail at £449.99 and is available to pre-order now from Microsoft and other retailers.