Milestone have announced that MXGP3 – The Official Motocross Videogame, first released on the Xbox One, Playstation 4 and PC back in May, will be arriving on the Nintendo Switch later this year. MXGP3 will be the first motorcross game to be released on the Switch. 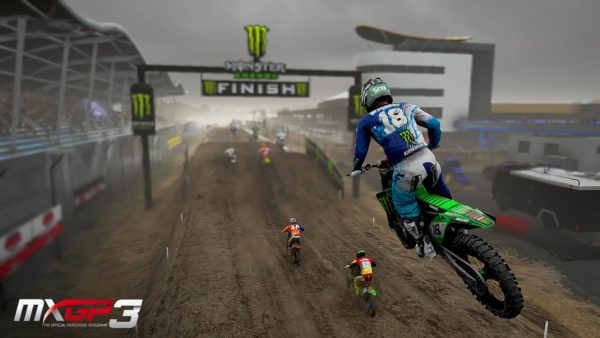 Fans of motorcross who buy MXGP3 – The Official Motocross Videogame will gain access to all the riders, bikes and challenging tracks of the 2016 season including the Monster Energy FIM Motocross of Nations.  Players will be able to customise their riders and more importantly the bikes,  there will be more than 300 official components from over 75 brands for players to choose from when they customise their bikes.

There will also be one of the most acclaimed features of the MXGP series, the 2-stroke bike models that come with dedicated physics and audio which can be used in any game mode.

Gamers who like working their way through an exciting and challenging career mode will not be disappointed as MXGP3 will allow players to start from the MX2 category to enhance their reputation and compete with other riders to become the new MXGP World Champion.

MXGP3 – The Official Motocross Videogame will be released by the end of the year.