Naughty Dog and Sony have released a new gameplay trailer for their latest title in the Uncharted franchise, Uncharted: The Lost Legacy.  This is the first standalone Uncharted game and will be available on the Playstation 4 on the 22nd August.  Watch the new gameplay in the video below… 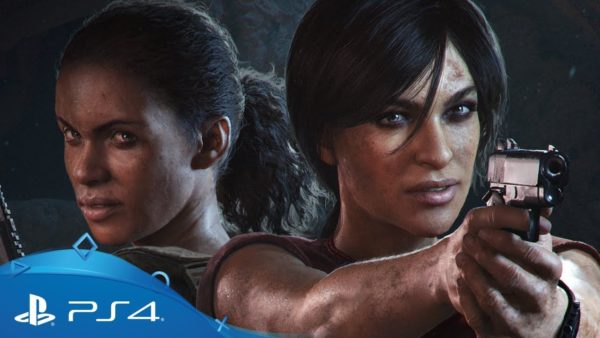 In Uncharted: The Lost Legacy players follow Australian treasure hunter, Chloe Frazer and South African mercenary Nadine Ross as they search for an ancient Indian artifact known as the legendary Golden Tusk of Ganesh and prevent it from getting in the possession of Asav, a destructive warmonger causing chaos in the region, can get his hands on it.  Players will travel from the war torn streets of India’s cities to the ancient ruins of the Hoysala Empire.

In order to find an ancient Indian artifact, Chloe Frazer and Nadine Ross must venture deep into the Western Ghats mountains, discover the lost cities of the Hoysala Empire, and face a ruthless warmonger, Asav.