With more and more DLC bringing new races and ever more powerful Lords to the Old World of Total War: Warhammer it is understandable that many gamers are concerned about the issue of power creep.  Thankfully, Creative Assembly have recognised that there is some inbalance and have set out to correct this with the Old World Update.  The update’s full patch notes are due for release tomorrow but a new video describing these changes can be watched below… 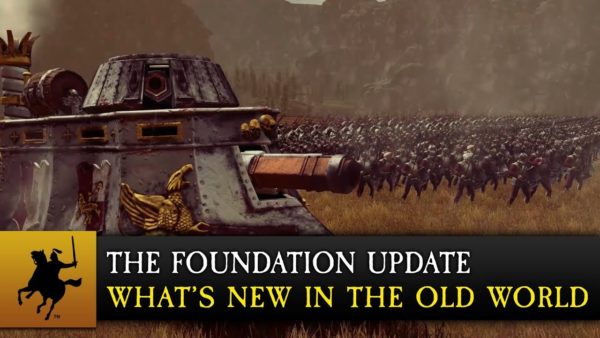 Players of the Warriors of Chaos will find a few changes to make their task of conquest a bit easier with the ability to make the Norscan tribes vassals rather than allies when defeated thus making them much more loyal.  Also, encamped Chaos armies will have an increased upkeep reduction to help keep your armies on the go longer.  Replenishment bonuses have also been added to the tech tree.

The Wood Elves will receive two new followers for their Lords on the campaign.  The Anvil Smith will improve armour at the cost of movement speed while the Young Stag Follower adds to leadership.

Listening to the readers on the forums it seems like the biggest problems lay with the Empire due to them being literally surrounded by enemies.  With the new update the AI will now have no problems with the Reikland Province wanting independence.  This should help the AI but won’t be an option if you are playing The Empire.

Their are also changes made to the original Legendary Lords including: