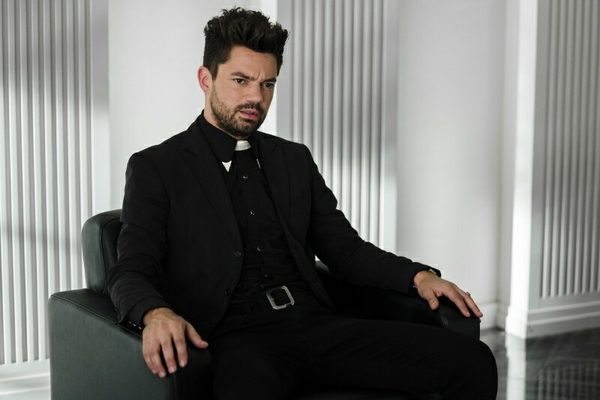 Things start out with promise. A little bit of blasphemous bunk up, heads of diametrically opposing religious orders arguing the toss in a white washed room and some actual bodily harm. Throw in Guitar Hero, arcade game photo booth assault and an undercurrent of regret tingeing an otherwise perfect father son reunion and we find ourselves in Preacher territory again. Prostitutes, some highly potent grass and a round the world trip to meet the Messiah are all part of this bizarre mix.

Preacher has crossed the line before from various directions and always with an undercurrent of humour, pathos, emotional resonance or purpose. For reasons best left to more qualified reviewers there seems to be something missing this week. Everything is present and correct, whether that is Cassidy and Dennis ticking over with their fledgling relationship, Tulip’s continual descent into PTSD over the Saint of Killers, or Jesse’s almost obsessional behaviour concerning finding God. Each element which makes it work with such savage brevity is here, but for some reason situations are less dynamic. 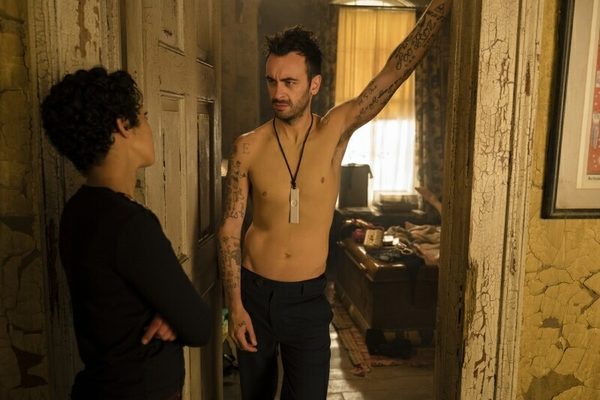 That they have stepped over the line with regards to certain biblical figures goes without saying, but this time round that edge comes across as tasteless. Even though this storyline is directly from the original graphic novel there should be boundaries. Pip Torrens who was once deviously sinister with a coal-black edge has failed to develop beyond that, even though he is now in league with Custer. Cassidy gets virtually no screen time while the other relationship which Tulip develops feels somewhat superficial.

For a show which thrives off innovation, edgy material and challenging its audience Preacher just felt a little lazy. Pops at religious inbreeding felt awkward, unfunny and not worthy of screen time, which is something I am surprised to find myself saying here. Cooper, Negga and Gilgun equip themselves well and the episode itself is perfectly fine but that simply fails to cut it. Humour has been replaced by narrative necessity and therefore all visual invention is sadly lacking. There were little touches concerning the Grail company paperwork which were amusing, but otherwise Preacher felt decidedly flat. 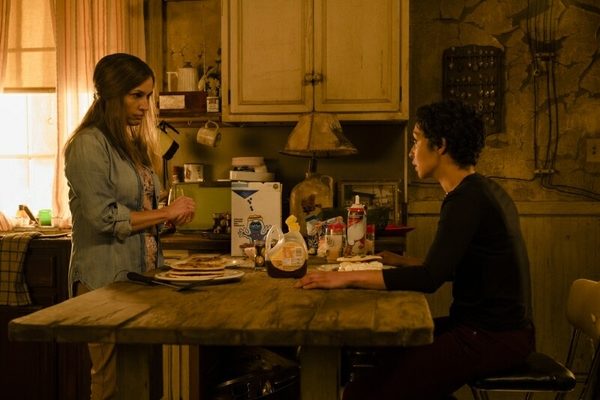 What started off with the darkest of dark propositions seemed to lose the courage of its convictions early on and resort to straightforward storytelling. Episodically speaking this was the televisual equivalent of treading water, neither one thing nor the other it sat very much on the fence. Meaning that somehow it failed to entertain despite nothing really being at fault which from this series is shameful behaviour.