Creative Assembly has released a new trailer revealing the Skaven as the fourth and final playable race to grace the upcoming Total War: Warhammer II.  The Skaven are plague ridden sinister rat men who have formed a colony on the continent of Lustria.  To get a glimpse vile race watch the trailer below… 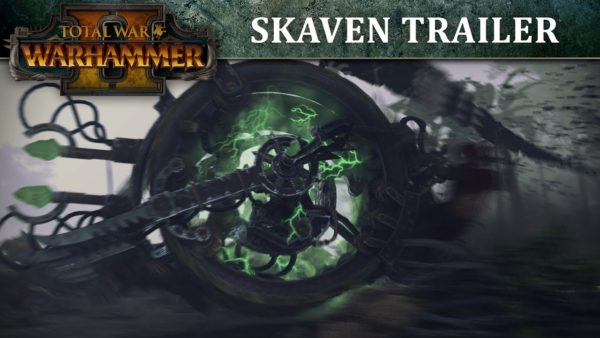 The Skaven are a race of rat men who have an intense dislike for every other race die.  They have been rumoured as myths and urban legends spoken by drunks and the insane but they scurry beneath the cities of man skulking in shadows and plot ways in which they can defeat all other races, in fact they don’t really get on with each other that well.  It is said that if it wasn’t for the Skaven’s inability to work with each other their combined forces could take over the mighty Empire.  Although they may not have the skills of the Elven races nor the strength and tenacity of the Lizardmen they make up in sheer numbers and pure hatred.  The source of the Skaven’s power is the mysterious Wyrdstone and their sinister weaponry and mutated monsters are the results of their experiments with this poisonous mineral.

In the trailer we see Queek Headtaker and Lord Skrolk leading their hordes against the Dark Elves and Lizardmen.  Supported by Assassins, the powerful Doomwheel (a pet rat related joke) and the terrifying Hell Pit Abomination, the Skaven certainly look to be triumphant.