CI Games have announced that players will soon be returning to Georgia in a new single player campaign DLC for their hit title Sniper Ghost Warrior 3.  The Sabotage DLC is a prequel to the main game’s story and will be available on the 5th September.  A new teaser trailer has been released giving hints to the storyline.  Watch this below… 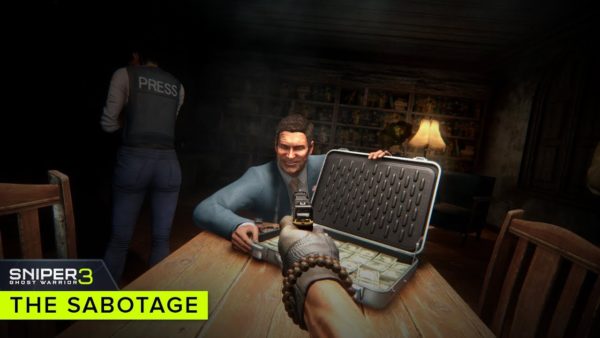 The Sabotage DLC puts players in the shoes of Robert North, the brother of the main game’s protagonist.  As Robert, players will prepare Georgia for a revolution by sabotaging the military forces of General Otar Leonidze.

As well as the new storyline, this new DLC will includes lots more content including a new map full of unique locations, exciting and challenging missions, weapons, vehicles and much more.

The Sabotage DLC will be available on Xbox One, Playstation 4 and PC.