Unknown Worlds Entertainment have announced the release of their latest update for their hit survival game Subnautica on the PC.  The Ghost Update enables players to cure infection, disable the Precursor Array, upgrades the Cyclops and escape terrifying Ghost Leviathans.  A new trailer has been released to accompany the update and can be watched below… 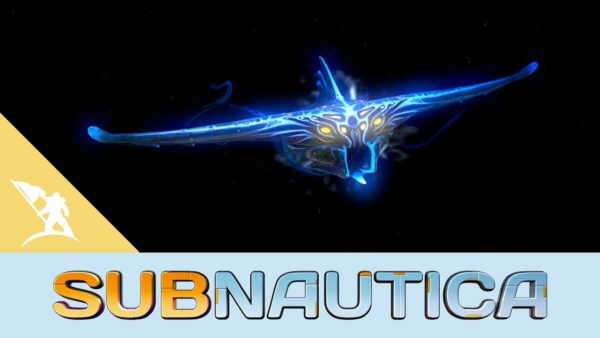 The Ghost Update introduces the terrifying and deadly Ghost Leviathan into the waters.  This new beast can be found swimming in the waters around the Void, Grand Reef and the Lost River and are extremely aggressive creatures.  It goes without saying that it is best to stay away from these monstrous creatures.

As well as the Ghost Leviathan, there are also Baby Emperors.  These creatures are found on the other side of the teleporter and gradually grow and spawn across the world.  These creatures are particularly useful for the Enzyme Balls they leave behind which can be used to help cure your character of infection.  These balls make Baby Emperors a valuable creature to have around.  The cure isn’t where the new additions to the game stop, with your character cured of infection it will be possible to use the blood drawing terminal in the control room of the Quarantine Enforcement Platform and deactivate the Precursor Array.

The trusty Cyclops vessel also sees many changes with shields no longer having a time limit and the vessel itself becoming impervious to the attacks of the Bonehsarks, River Prowlers and Lava Lizards.  Other changes to the Cyclops include:

This update also takes the opportunity to do some re-texturing of items including the Power Transmitter, The Reaper and Sea Treader poo…..seriously.

The Lost River area has had some serious changes with the addition of a connecting tunnel from the Mountains all the way down to the Lava Zones and Lost River which has been widened to allow the Cyclops to pass through.  A new Mesa biome (grassy flats) have also bee introduced which provide a home to many of the sea’s creatures.