After taking us to the far future in Anno 2205 Ubisoft and Blue Byte have announced at Gamescom that the series will be taking a trip back to Earth during the Industrial Revolution with Anno 1800. Watch the new announcement trailer below… 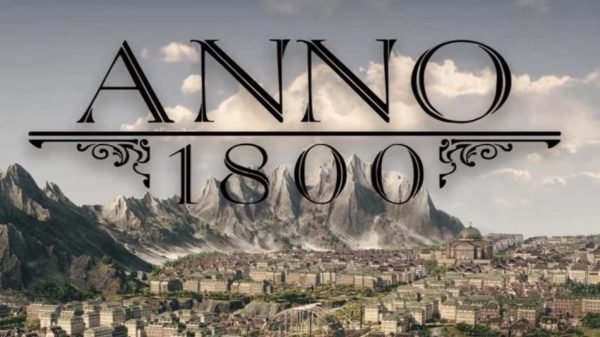 Anno 1800 will provide the perfect era for players to prove their worth as a leader in the next title in Blue Bytes city building strategy, although there will be some waiting as the game isn’t scheduled for release until winter 2018.

As with previous Anno titles, Anno 1800 will no doubt involve lots of the elements that make the franchise so popular with fans so expect to find plenty of empire building, exploration, diplomacy, warfare and detailed economic and trade systems.  Blue Byte have also promised a rich story based campaign as well as a customisable sandbox mode and classic Anno multiplayer mode.

Other than the bit of guess work above not much is known about what experiences await us in Anno 1800 but the the bit of game babble on the official site states:

“Anno 1800 combines beloved features from 20 years of Anno history. It delivers a rich city-building experience, including a story-based campaign, a highly customizable sandbox mode and the classic Anno multiplayer experience.  1800 will see the return of beloved features, such as individual AI opponents and shippable trade goods, randomly generated maps, multi-session gameplay, items and many more.”

With over a year to go until Anno 1800 is released there will no doubt be plenty more info being shared so be sure to check back with Flickering Myth for updates.