Ubisoft have announced that Update 1.7, the first of 2 free updates that Ubisoft will be releasing this year, will be released for Tom Clancy’s The Division on Tuesday.  This will be a free update featuring several new features including a new event system and new gear and will be available on both consoles and PC.  A new update trailer showing these new features can be viewed below…. 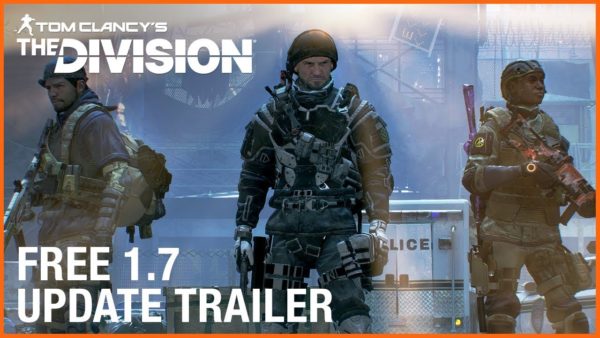 Update 1.7 will include the following new features:

As well as this free update, players on all platforms will be able to play Tom Clancy’s The Division’s second expansion, Survival, for free this weekend from 18th August at 2pm (BST) to 20th August 8pm.  In the expansions new Survival Mode players will be stripped of all equipment and placed in the Dark Zone during a harsh blizzard.  Players will need to find equipment and warm clothing and ensure they avoid other agents and hostile hunters if they are to succeed.  The weekend will also see discounts on Tom Clancy’s The Division Standard and Gold editions, Season Pass and standalone expansions.