With Wargaming constantly adding new nationalities, new vehicles and expanding branches and tech trees for World of Tanks, many of the earlier tanks suddenly became a lot less effective and a little bit unbalanced.  Being the perfectionists they are Wargaming didn’t want this to continue and so in update 9.20 many of these issues will be corrected allowing these vehiclesand nationalities to reclaim former glory.  A new trailer has been released explaining the changes and can be watched below… 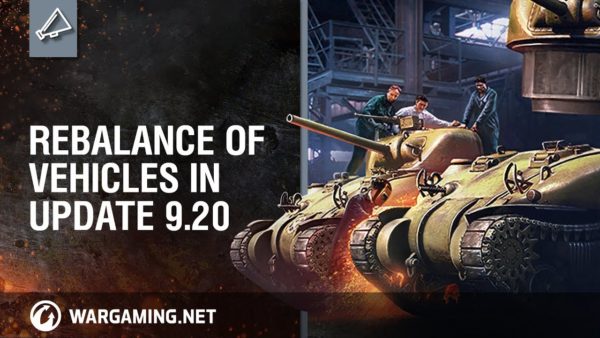 Update 9.20 will rebalance the vehicles of five nations, these are France, the U.S.A., the Soviets, Germany and Japan.  These changes will ensure stability throughout the tech trees and make players want to unlock them once again.

The vehicles affected by these changes are as follows:

There are far too many changes made to these vehicles to be able to list here so visit the Rebalancing notes here.  Hopefully, by bringing these tanks back to their former glory they will once again be seen frequently on the battlefield.

Do you find these changes to be welcome ones?  Do you think they are needed?  Share your thoughts in the comments below…