Eleon Game Studios have announced the release of the very first experimental alpha for their open world space sandbox survival adventure, Empyrion Galactic Survival.  Alpha Experimental 7.0 has been released early in order to get as much feedback as possible from gamers on the new features.  With this Alpha being experimental players should expect to find bugs and features requiring a bit of polish. 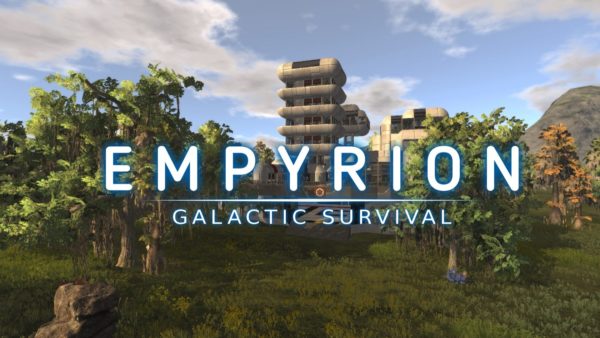 Alpha Experimental 7.0 features plenty of new content and features including: new terrains, creative tools, textures, visuals and a rebalancing of some features such as the game start, templates and mining.

One of the first things players may notice are the changes to terrain with the addition of new realistic handmade terrains and an increase in terrain height to 500m.  The only maps that don’t currently conform to this new height are Masperon, Aitis and all the Moons.  The developers have also improved map generation for the heightmap planets.

This experimental also adds new underground resources for mining that use 3D models instead of Voxel terrain plus there has also been an Ore Scanner added that automatically activates when players are equipped with the drill and the scanner is in their inventory.

There are 38 new textures included in the update with these being split between textures for metal, concrete and wood plus a large majority of the existing textures for these three materials have also been updated.

Check the complete changelog for Alpha Experimental below…

New Planetary Terrains:
– Added more realistic handmade terrains (based on heightmaps and splatmaps)
– Extended terrain height to 500m. This applies for both handmade and procedural playfields. Save games should be compatible.
– Improved map generation for heightmap planets
– Added a simple Texture Editor to easily change textures on a heightmap planet (accessible via console cmd “terraineditor” or “te”)
– All planets in the default scenario are the new heightmap planets, except: Masperon, Aitis and all the Moons.

Note: We actived the new handmade terrains also in the MP default scenario. However, we did not yet adapt the balancing to a MP setting (e.g., the resource amount is not correctly balanced etc.)

Added Parallax Occlusion Mapping (POM) shader for building blocks:
With this new shader all block textures have a 3d look

Some highlights of the new game start:
– Warp Drive for Small Vessels
– Crafting: We felt that the game is currently very front loaded with things you can build right from the start, giving you little motivation to explore the galaxy and visit other planets.
– Armored concrete block
– Weapon updates
– Many other changes and balancing
Please refer to this separate thread for more details: https://empyriononline.com/threads/a7-0-experimental-faq-feedback-new-game-start-rebalancing.15374/
We would be very interested in what you think about these changes. Please test the new setting in SP and give us your feedback

New Underground Resources for Mining:
– Added 3d models instead of Voxel terrain for resource deposits
– Added Ore Scanner (it is active when you have the drill equipped and the Ore Scanner in your inventory)

Improved Offline Protection:
– Added delay before OP is active (“ProtectDelay” defined in dedicated.yaml)
– Turrets continue shooting but do not use ammo when OP is active

Changes:
– Added new drill “DrillDebug” for faster drilling (only for testing in Creative – not available in Survival)
– Added POM and Anisotropic Filtering to Quality Options
– Supporting splat map for procedural terrain (WIP)
– Re-arranged worklights in Techtree.
– Improved drop positions of items (backpack, drop container etc) to prevent flying through terrain
– Moved all terrain files (dll, xml, raw) into same folder.
– Switch to half-res textures when RAM < 10 GB (<5 GB quarter, VRAM < 2GB half)
– Improved: Since some players have problems with access rights we do a file system test write/delete to warn the player if a problem exists
– Group / Spawn name can now also be set for player SV’s and HV’s
– When spawning a new structure it gets the name as listed in the Blueprint Library (in contrast to be simply named “Small Vessel (SV)”, for example). If a Spawn name has been assigned, that one has priority, though.
– Godmode invisible is now able to place blocks within an OP protected area
– Crushed Stone is now dropped by more terrain blocks.
– Reduced time between escape pod hits ground and fading to black by 0.5s
– Changed display of estimated ore amount in HUD: now rounded the 100th amount of ore (not greater than the original value)
– Almost all POIs are regenerating in MP default scenario

Gameplay:
– Removed Core from targeting options (AI and turret) and added warp drive instead
– When withdrawing o2 / fuel you now obtain Large O2 Bottle and Fuel Cell.
– Added more exact colliders for turret bases
– Player gets full health after respawn (instead of 50% before)
– Visibility of HUD markers for enemy / other faction structures increased from 350m to 500m on planets
– AI planet vessel: When PV is down, devices start to explode but own core can be placed to extend looting time
– Improvement behavior of drone when it lost target
– Drill mode: terrain removal deactivated on Drill T2 (not needed anymore because drill is now more powerful anyways)
– New console command to spawn guard area drone type
– Changed return rate of Multitool when deconstructing a block (T1: 30%, T2: 60%)
– Reduced effect of height on temperature on planets by 20%

Bug Fixes:
– Fixed: Problem that when a door was open and the game continued, this door shown closed
– Fixed: Blocks with mirror issues (Note: blocks that have left/right version still have mirror issues)
– Fixed: Problem that sometimes backpack was flying through terrain after dying (detter backpack drop position)
– Fixed: XP exploit still possible in cases when you find NPCs that are stuck moving around at max render distance
– Fixed: Map marker is positioned at the wrong place when clicking outside of the checkbox
– Fixed: Problem with Map Markers when resource Y position get overridden by ground position – Fixed: Ambient sound is muted in some use cases
– Fixed: Problem that no snow particles were visible during Snow Light
– Fixed: Problem that particle effect of texture and color tool was briefly active when tool was equipped
– Fixed: Drone bases do not spawn below water anymore
– Fixed: gaps / holes in terrain when entering a planet from space
– Fixed: Texture artifacts on Food Processor and Constructor
– Fixed: Having fixed and random POI activated at the same time leads to no drones showing up
– Fixed: Some NPC glows from distance
– Fixed: Problem that top speed for some CV’s is 115m/s & HV’s could reach 40m/s.
– Fixed: Issue with placing a symbol on Corner Long B.
– Fixed: Strange color on Lizard Mule when far away
– Fixed: Tooltips going off screen in some Aspect Ratios
– Fixed several internal exceptions

KNOWN ISSUES:
Distorted view of overlays (eg symbols) in some use cases with Parallax Shader