Square Enix Collective have announced that Cherrymochi’s anime inspired, side scrolling point and click adventure Tokyo Dark is now available on Steam.  This announcement has also been accompanied by a new launch trailer showcasing the anime style visuals.  Watch this below… 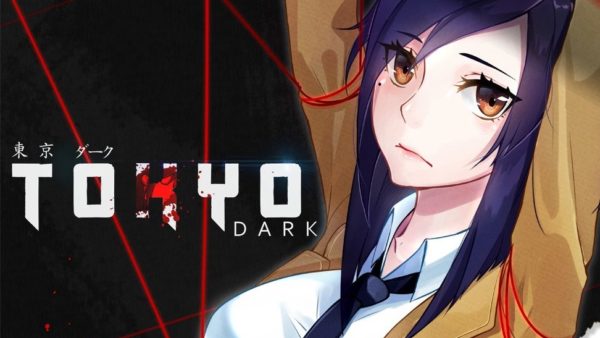 Tokyo Dark is a psychological adventure influenced by games like The Cat Lady and Never Ending Nightmares and themed around the urban legends that have grown within Japan’s capital city.  With plenty of story branches and endings included there is certainly plenty to keep gamers busy as they play through this mystery adventure.

“We wanted players to experience conflict when taking on Itō’s story,” reveals Maho Williams, Producer at Cherrymochi. “As play progresses, Itō finds herself calling into question whether she’s minutes away from solving the puzzles, or minutes away from madness. The key question is, have they unearthed the dark shadows hidden beneath Tokyo’s streets, or is it all in their head?”

Taking the role of Detective Ayami Itō, players will need to follow clues and make decisions as she takes to the streets in search for her missing partner.  All choices that the player makes will affect Itō’s relationship with Tokyo’s inhabitants.  Dialogue choices will steer the story in different directions while puzzles can be solved in multiple ways providing lots of variety.

“We think Tokyo Dark has the potential to energise the horror genre, with Cherrymochi’s take on point-and-click a whole lot darker than the kind of titles you see from most developers,” says Phil Elliott, Director of Community & Indie Development at Square Enix. “That’s ultimately what Square Enix Collective is about: giving gamers fresh takes on genres they love.”