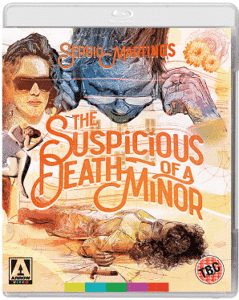 A man investigating the murder of a young prostitute uncovers a trafficking ring. 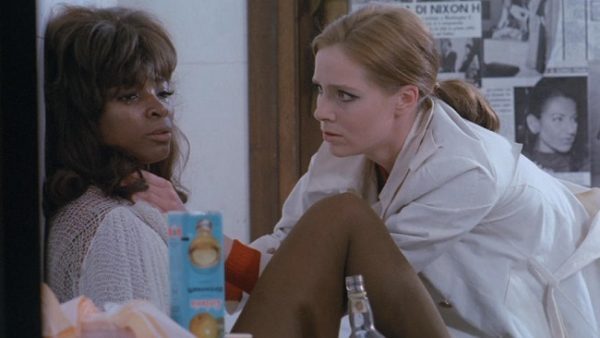 The Suspicious Death of a Minor, as the title would suggest, is not comfortable viewing; in fact, in certain places it is downright baffling but not because of the subject matter or its depictions of what amounts to a touchy subject given the images the title evokes. It is baffling because it never quite knows what it wants to be – the film has elements of giallo, poliziotteschi and comedy – and doesn’t really go far enough in any genre to ever be anything other than a curio for those willing to embrace the tonal shifts and bizarre story choices that ultimately don’t really make any sense.

But such is the way with Italian cinema. The movie opens up straightforward enough, with a pretty young woman named Marisa (Patrizia Castaldi) engaging in conversation with an older businessman that doesn’t look like it is going too well for her, and as it is in silence we have to make assumptions as to who she is and why she is speaking to the much older man. It doesn’t take long to find out that she is possibly up to no good as she then goes to an outside dinner dance event where couples apparently go to meet, and she acts coy and mysterious until she is asked to dance by a stranger we later learn is called Paulo (Claudio Cassinelli – Mountain of the Cannibal God). However, their dance is interrupted by a mysterious man in sunglasses and Marisa is soon on the move again, much to the annoyance of a disgruntled Paulo, and that is the setup to the film as Marisa turns out to be the minor the title refers to but who is the man in sunglasses and why does Paulo take such an interest in her murder? 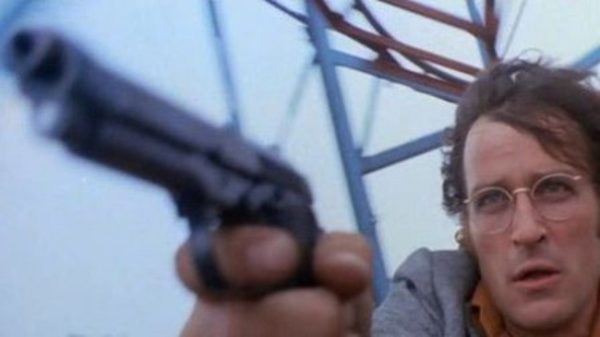 Yes, you do get answers to both of those questions but director/co-writer Sergio Martino (Torso/Mountain of the Cannibal God) goes about revealing them in as tenuous way as is possible because once the giallo-esque setup is done the film shifts a gear and moves into crime/action territory but without giving you an inkling of what is going on, who is doing what and why, and how are all the characters linked to each other and what happened between Marisa and the older man she was talking to. Some would say that is the idea of a mystery but there is a disconnect to all the events and characters that keep appearing that makes the first half of the film struggle to hold your interest in characters that you’re not sure you should be rooting for who are in a situation that, for all intents and purposes, is as low as it is possible for people to sink to. Luckily, Martino is fairly restrained when it comes to sex and violence here so you don’t have to watch anything graphic and put yourself in a moral dilemma as to whether you should be getting entertained by any sordid activities but the flipside to that is there isn’t really a lot else to invest in, apart from the questionable motives of Paulo.

However, once the film reaches a certain point it takes another turn, adding in a few comical touches – like a car chase worthy of Smokey & the Bandit, except with cheap, crappy European cars – and beginning to join the dots together to wrap everything up. To be honest, it doesn’t do it in spectacular fashion and the end result is an obvious one as we already know who the main culprit is by the time we get there but the solid performance from Claudio Cassinelli holds it all together as Paulo finally gets to the bottom of the complex network of characters he has met during the previous 90-odd minutes. It’s an interesting turn of events as had the Paulo of the final act been the Paulo we met at the beginning of the film then that first half may not have been quite so frustrating and confusing. Perhaps that was the idea all along but it feels as if somebody suddenly had the idea to make Paulo a properly fleshed-out character and his motives, once clear, are all the more understandable. It may be a case of too little too late but at least the lighter tone and sudden surge in energy means the film doesn’t end on the total downer that it was shaping up to be. 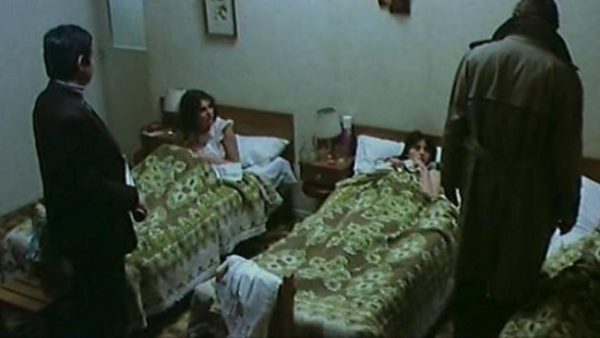 The disc comes with only a couple of extras, namely an audio commentary from author Troy Howarth and a brand new interview with Sergio Martino, but the 2K restoration looks remarkably good considering that there aren’t a great deal of bright colours and flashy effects, and not really making the film look 42 years-old, although some of Claudio Cassinelli’s fashion choices certainly do. Overall, The Suspicious Death of a Minor is certainly an odd film and one that doesn’t offer the viewer an easy watch but it isn’t what you would call a terrible movie as it looks good, features a decent lead actor and some cool stunts but for what should have been a straightforward story about prostitution and people trafficking it (mostly) goes about things in a long-winded and messy way that won’t satisfy anybody except the most dedicated poliziotteschi connoisseurs.