Emma Withington gets hands on with Hyper Sentinel at EGX 2017… 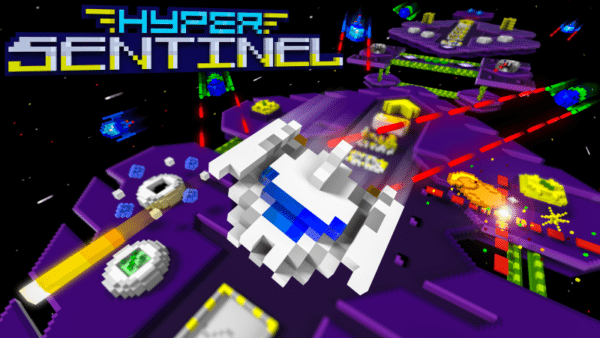 We got our hands on an exclusive demo of Hyper Sentinel on the Switch at EGX and the neo-retro shoot-em-up is a vibrant pixel feast for the eyes on Nintendo’s bright n’ shiny new platform. Ostensibly Hyper Sentinel is for the retro-enthusiast, but there’s something here for everyone. The EGX booth appealed to a cross-generational audience of players over the weekend – from kids to nostalgia seekers. Created by Jonathan Port the ‘bedroom coder’ of Four5Six Pixel, Hyper Sentinel was Kickstarted in March in partnership with Huey games – formed up of industry veterans, including Andrew Hewson who published 80’s classics from Paradroid to Zynaps. “My ambition was to make something that played how you would remember classic retro games, but with modern trimmings,” said Jonathan, “something you can just pick up and play!”

At the Hyper Sentinel stand, I did just that. The game handles on the Switch beautifully, and seems to be the perfect platform marriage for Hyper Sentinel. The chiptune soundtrack triggers a fond reminiscent smile, as your little ship zooms around the screen in arena-based level environments. We got a taste of Arcade Mode which carries 12 levels in total: “Every level is unique as you go through the game, each level has things added, increase in size and contains a unique boss” said Jonathan. Hyper Sentinel also has two other game modes, Boss Run and Horde. Boss Run allows you to play through all the bosses in turn and Horde mode is exactly what it sounds like – a time-based survival mode in which you face hordes of enemies. 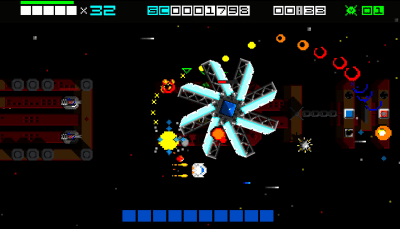 While graphically styled upon the 8bit games of yesteryear, its flexibility and modern polish brings Hyper Sentinel into the current gen. Built around the core mechanic of the retro shoot-em-up Hyper Sentinel runs at a smooth 60fps, features combo-chain scoring, and stackable power-ups to tickle your fancy.  I had a particular affinity with the Astro Mace, which spun frenetically around my wee Sentinel, crushing my enemies. Meanwhile, I continued chatting to Jonathan: “There are 60 medals to achieve in Hyper Sentinel, along with online leaderboards,” he tells me, while I power through some turrets, “as you delve into the game there are little strategic layers for the player to discover and maximise their scores. For example, when you flip the ship to turn you’ll get a shield around it, so you can dodge enemies and repel projectiles.” Here’s a look at what your nifty Sentinel is capable of in this handy infographic: 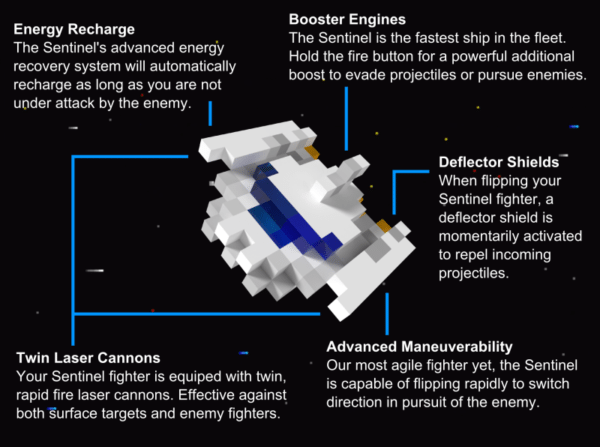 Returning to the retro-enthusiast, Hyper Sentinel has a feature that will hit you right in the nostalgia-nuts; a series of retro modes which transports your screen back to the 80’s. Turn your console into the ZX Spectrum, the C64, and watch as your screen curves into CRT mode! These filters were requested by the backers of Hyper Sentinel‘s Kickstarter campaign, and has been implemented especially for the fans. 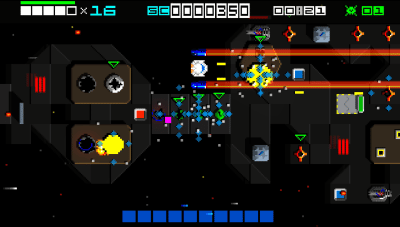 In the rise of the pick up and play game, Hyper Sentinel sits as the perfect addition to your Switch collection. Never fear, Hyper Sentinel will also be available on the PS4, Xbox One, and Steam upon launch in the new year: “Originally Hyper Sentinel started out as just a mobile game,” explained Jonathan, “so I initially started writing it for iOS and then, during this time, Huey Games saw Hyper Sentinel and from getting together we decided to expand to other platforms!” 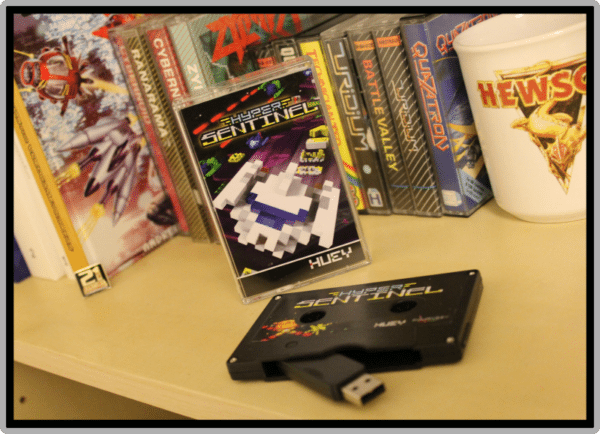 Inspired by the classic shoot ‘em ups such as Uridium, Defender, Tornado Low Level, Cybernoid and Armalyte, Hyper Sentinel is a 4K, 60 frames-per-second, pixel-pumping assault to your senses.