Focus Home Interactive and Saber Interactive have announced that their off road driving simulator Spintires: Mudrunner will be released on the Xbox One, Playstation 4 and PC on the 31st October.  This is the ultimate version of the original Spintires game first released back in 2014 and promises an authentic driving experience.  A new trailer has been released that showcases some of the best off road vehicles and some of the environments gamers will experience.  Watch this trailer below… 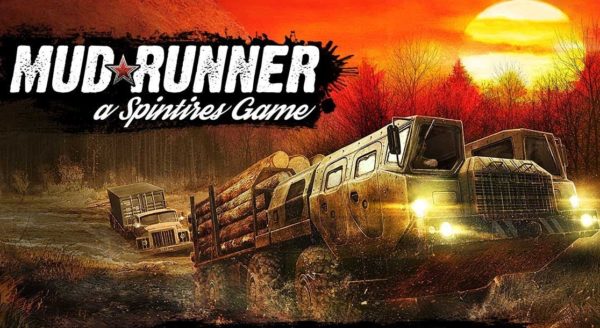 Spintires: Mudrunner puts players in the driving seat of some of the most powerful off road vehicles and challenges them to overcome some of the most extreme environments to drive in.  Players will be able to take on the game’s 6 sandbox maps alone or with up 3 friends and test their skills at driving through thick mud, raging rivers, slippery rocks, swamps and many more.  Driving abilities will be tested to the max as map routes take players through heavily forested areas and narrow muddy cliff trackways.

The trailer shows off some of the vehicles players will be able to use to beat these off road challenges but also some of the downfalls that can happen if players don’t pay attention to the condition of their vehicles or give these hazardous environments the respect they deserve.

On the tech’ side of things Spintires: Mudrunner boasts a huge improvement to the physics engine over the original game and gamers will find an improvement in water and mud physics, a vastly improved soft-body tire simulation and more realistic interactions between the vehicles and the environment.

Spintires: Mudrunner will be available on the 31st October.