Following on from yesterday’s videos revealing the members of the squad that the story revolves around [see here for our article] Activision and Sledgehammer Games have released two new videos for Call of Duty: WWII that place the spotlight on two of the Allies that will play a huge role in the campaign; Major Arthur Crowley and Rousseau.  Watch the new videos below…. 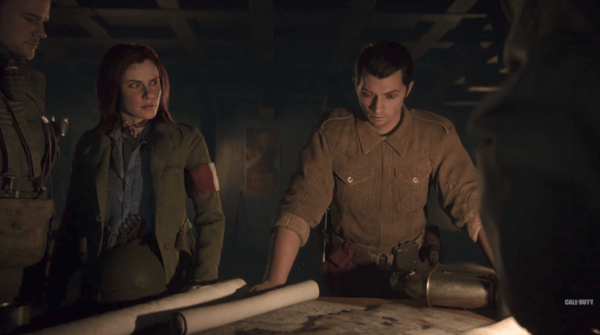 Major Arthur Crowley is essentially a member of the British secret service, having initially joined the British Expeditionary Force in 1938 Crowley now serves as a part of the Special Operations Executive.  Specialising in sabotage and deception Crowley executes covert missions behind enemy lines and supplies valuable intel.

The second ally that players will rely on is Rousseau, a 19 year old member of the French Resistance.  “Listen very carefully I shall say this only once…”, as well as fighting for the liberation of France from the Axis forces, Rousseau’s reasons for fighting are personal.  She is brutal and will not think twice about shooting a German.

Call of Duty: WWII tells the story of Private Ronald “Red” Daniels, a young recruit in the U.S. First Infantry Division who experiences combat for the first time on D-Day, one of the largest amphibious assaults in history. After surviving the beaches of Normandy, Red and his squad will fight their way across Europe, engaging the enemy in iconic battle locations such as the Hürtgen Forest and the Battle of the Bulge, as they make their way into Germany. The journey begins on November 3.