Many decades ago us gamers were crouched over our Megadrives, playing a motorbike game called Road Rash.  The aim of the game saw yourself take part in numerous bike races, attempting to win by any means necessary.  This didn’t include mirror, signal and manoeuvre, oh no, here it included fists, clubs and crowbars.  Now coming to the Xbox One, PC and PS4 in October is the evolution of this classic, as Maximum Games are set to release Road Rage and it’s just as fantastically brutal.

Road Rage is an over-the-top motorcycle action game in which players race, battle and hustle their way up the ranks of an outlaw motorcycle gang. Joyride around an open-world city torn apart by underground crime, earning money and building a reputation for taking no prisoners in knock-down, drag-out, high-speed combat.

Ride in style on a variety of customisable bikes, then push them to the limit in all-out gang warfare with an arsenal of hard-hitting weapons and slick manoeuvres through over 90 story-driven and side missions. 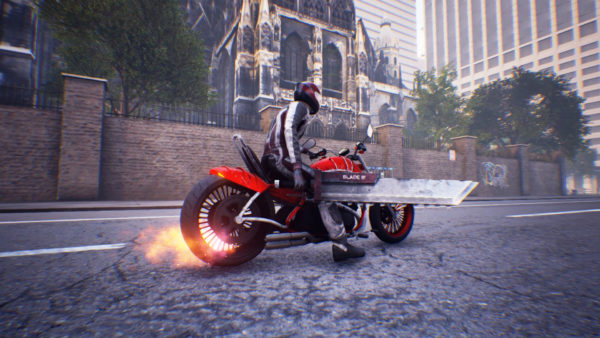