Paradox Interactive have announced that the first DLC, titled Second Wave, is now available for their tactical RTS Steel Division: Normandy 44.  This is the first of several DLC packs to be released for the game and includes new divisions and a new Ace.  Watch the trailer below for more details on this brand new DLC… 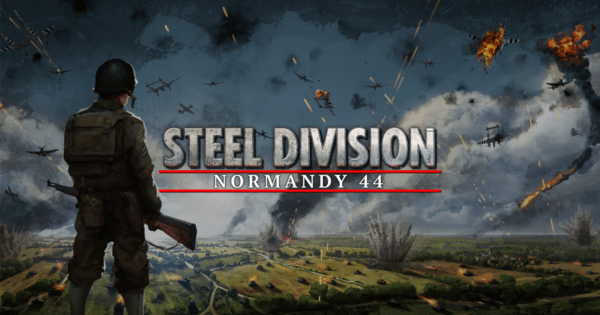 The Second Wave DLC pack will introduce four new divisions to the battle, these include two for the allies: 1st Special Service Brigade (UK) and the 4th Armored Division (US), and two for the Axis forces:  9. Panzer (DE) and 16. Luftwaffen (DE).  There will also be the introduction of Lt. Col. Creighton W. Abrams and his thunderbolt M4 tank, a new and exclusive ace.  Plus 35 new units, including the M18 Hellcat Tank Destroyer.

Also available alongside this DLC is a free update that introduces a brand new game mode called Closer Combat.  This is based on the Conquest Mode and makes the battle more realistic by restricting and delaying the rush of tanks to the middle of the map thus allowing players more time for unit placement and strategy development.  In this new mode all transported units can be purchased and deployed without a vehicle, deployment zones are closer and players will only earn points once they control an increased 52% of the battlefield.

Other features included in the free update include a remastered, more accessible first campaign mission, a new shortcut to toggle ‘slow-mo’ in single player mode, and official servers for 4v4 games.