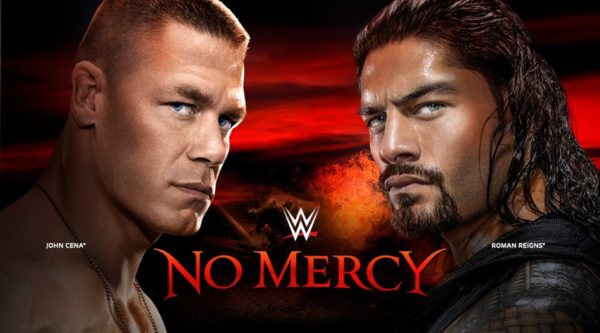 Outside of the big four PPVs, there are very few events that have been as consistent over the years as WWE No Mercy. The event, which is for the first time, a Raw-exclusive pay-per-view has a fine history of excellent matches and this year’s event, especially with its two huge main event matches, looks set to follow in that tradition.

John Cena and Roman Reigns will meet for the first time ever this Sunday, as will Braun Strowman and Brock Lesnar as they do battle for the WWE Universal Championship. The two matches have a lot of competition, though, if they wanted to make the list of No Mercy’s greatest match of all time. 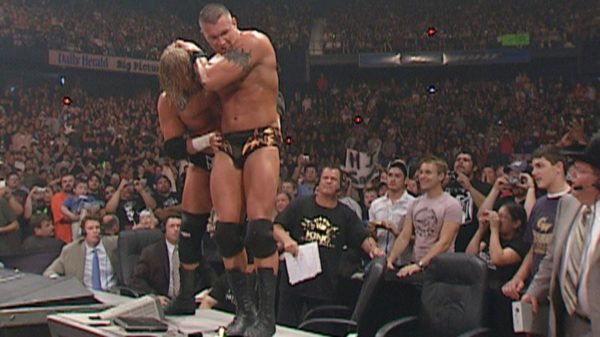 No Mercy 2007 is a weird event where the WWE is concerned. The show started with the announcement that the title, recently vacated by an injured John Cena was going to be rewarded to the number one contender, Randy Orton. As Orton celebrated in the ring, Triple H interrupted, demanding a match with the champion there and then. The match happened and Triple H walked away with the belt.

Orton and Triple H tore the house down in what was easily their finest singles outing, utilising the match’s gimmick to absolutely destroy one another for our entertainment. The fact that the night had been so unpredictable made the match incredibly difficult to call, and Orton would eventually walk away with the belt, lumbering Triple H with one of the shortest title reigns in the belt’s history. This felt like redemption for the pair after their lacklustre showing at WrestleMania earlier that year. 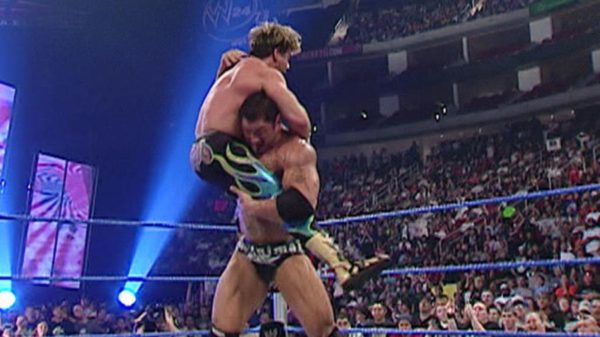 Eddie Guerrero was on a role before his untimely passing in November 2005 and his match with Batista, his final ever on pay-per-view, is a hidden gem in both men’s careers.

The storyline heading into this match was very unique. Eddie, a heel, had sworn friendship to the then-champion Batista and had proven his loyalty to him on several occasions heading into this match-up. Batista, ever wary of Eddie’s antics, was unsure as to whether he could trust his new-found friend, creating an interesting dynamic in this matchup.

Eddie got the best out of Batista, giving him what was at the time his best singles match to date. It was a fitting swansong for Eddie and it’s a massive shame that we never got to see the direction this feud was heading in. 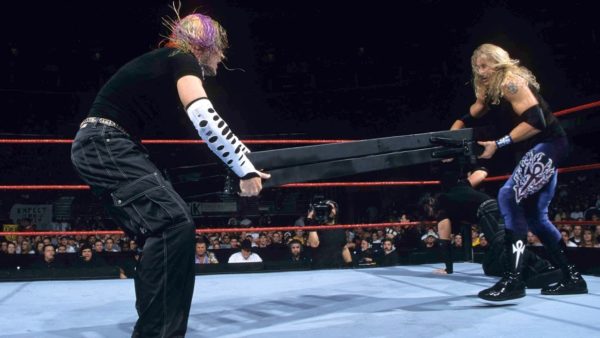 The Hardy Boyz and Edge and Christian pioneered the tag team division during the attitude era and their matches are the stuff of legend these days. One of their often forgotten bouts is the one contested at No Mercy back in 1999 in the final of the Terri Invitational tournament.

The match didn’t feature as much of the high-flying insanity that would go on to define all of their tag team careers but it was a fast-paced, non-stop thrill ride that ultimately saw The Hardy Boyz walk away with the gold. 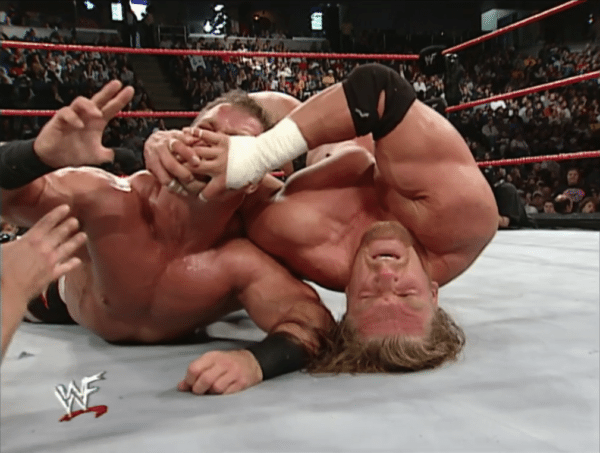 Triple H was at the peak of his powers back in 2000 and his match with Chris Benoit at No Mercy was one of his finest performances. On the precipice of a heel turn himself, Triple H put on an excellent encounter with the future World Heavyweight Champion that really showed us what he was capable of as in-ring technician.

The match was a hard-hitting and technical affair that saw Triple H walk away as the victor with the fans still on his side. This was all the sweeter as it lulled fans into a sense of security for his impending heel turn in the months that followed. 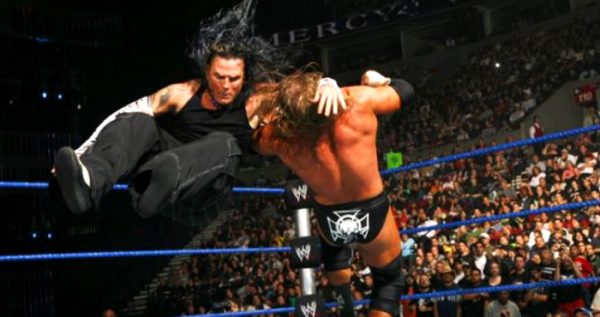 Jeff Hardy’s ascent to the top of the card was one of wrestling’s feel-good stories back in 2008 and his match against Triple H at No Mercy went a long way to establishing him for his upcoming title reign.

The story going into the match was that Hardy was always the guy who just couldn’t quite get there. Fans had followed Hardy his whole career and were desperate to see him finally capture the big prize. Triple H was, as usual, cast as the villain in this tale and he executed his role to perfection.

The two put on a great match that combined both wrestlers’ styles expertly. The ending, which saw Triple H roll up an unsuspecting Hardy after he had hit a Swanton Bomb was a cruel twist for both him and the fans, but it made his title win at Armageddon two months later feel all the more special. This was not only a great wrestling match but also a great example of some fine story-telling.