The Killing Of A Sacred Deer, winner of the Best Screenplay award at this year’s Cannes, arrives in UK cinemas this week, just weeks after an enthusiastic reception at this year’s London Film Festival. 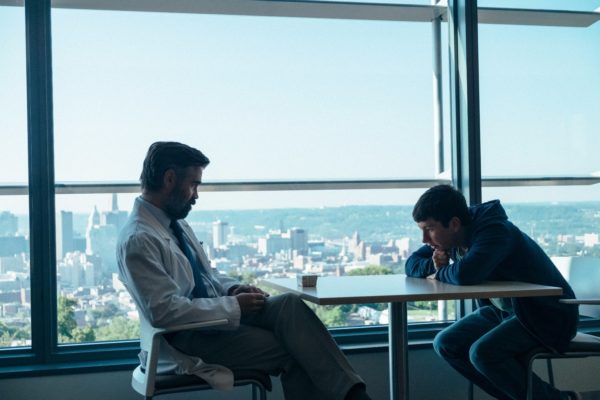 Yorgos Lanthimos’ follow up to the equally acclaimed The Lobster (2015) turns the spotlight on a successful surgeon who forms a mysterious relationship with a troubled teenage boy.  But the boy’s behaviour turns sinister and has a devastating effect on both the surgeon and his entire family.  And his well-ordered life starts to fall apart.

The film’s small cast brings together established names and up-coming young talent.  Colin Farrell plays the surgeon with Nicole Kidman as his wife.  The teenager is played by Barry Keoghan (Dunkirk) while Raffey Cassidy is the surgeon’s daughter.  The two rising stars spoke to Flickering Myth’s Freda Cooper about sharing the screen with big names and who they would like to work with next. Keoghan has a long list of directors.

Barry also talks about the two of them working together again very soon.  As to the name of the film… well, it’s likely he was having us on!