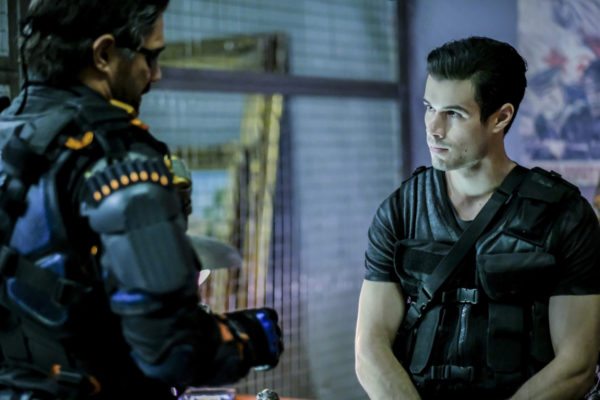 It’s nice to have a random two-parter here at the beginning of the season and for some reason I was surprised when the episode started back on Slade and his son. We even get flashbacks, to 7 years prior, right after Oliver left Slade dead, in the watery bowels of the Amazon, with an arrow through his eye, now, laid up in a hospital and his son, Joe, is there for him.

The continuation of the story , the background of it at least, feels completely superfluous; we already know Slade came after Oliver because of his promise, we already know he was a bit crazy, seeing Shado , being influenced by her, at least what she was saying in his own mind. But, it just highlights the amazing season 2 and everything that was going on in that season when see these scenes. There’s no new ground except Slade does let Joe down (in this case, by killing all the men in their bunker and knocking him out) to carry out his mission to kill Oliver Queen. 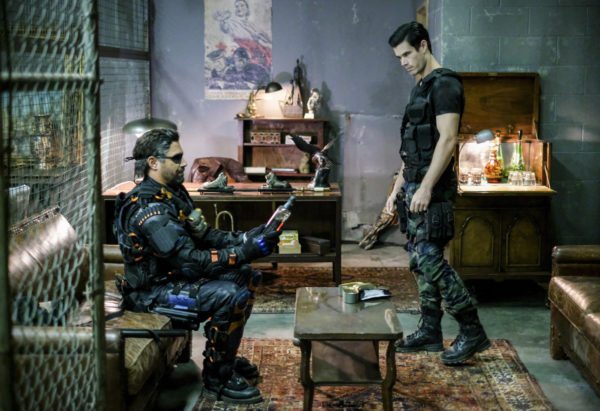 And when Slade agrees to join Joe, I mean Kane’s operation, he sees that Kane is not his son; he’s trying to emulate everything Slade was, everything Slade is trying to leave behind, but the grief, even pain behind his words, is palpable. He could very easily fall back into that rabbit hole of death and destruction and join his son, but it’s because it his son, that he knows he can’t. He knows , after some choice words from Oliver, he has to try and pull his son from that same darkness he cam back from. Manu Bennett knocks it out of the park yet again here this week and with this story unfinished, and him leaving in such a badass way, we can only hope we see more of this story this season.

There was also a great punctuation by Oliver when he gets back home, when he tells Felicity, Slade’s story is a sad one (they all are with that man) but he learned he made the right decision, for William and for himself. Meanwhile, John is struggling hard to maintain a balance between being Green Arrow and his drug addiction. When the two conflict, John, being who he is, is about as moral of a person as you can be. He confides to Lyla first about his problem, which makes sense since she’s his wife and I loved her callback about how harshly he indicted her last season for all her transgressions being in charge of ARGUS, but she doesn’t roast him on the fire because of them. John’s story is a good story and one that also seemingly won’t have an ending, as kicking addiction is never that easy, but maybe if we all had a Mr. Terrific in our corner, it could be. Time will tell. 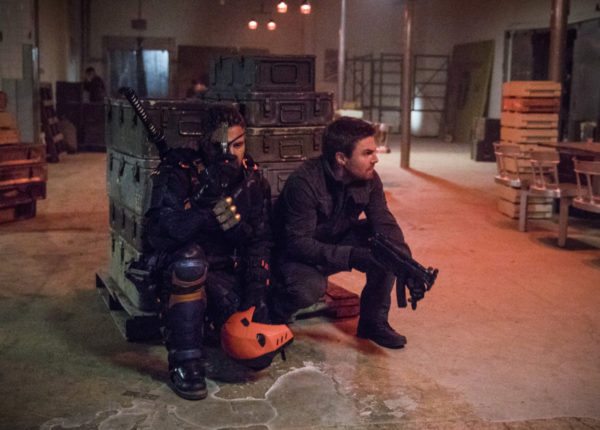