Ricky Church continues his countdown to Justice League with JLA: Tower of Babel…

The Justice League is one of the largest inspirations of hope in the DC Universe. Complete with heroes such as Superman, Wonder Woman, Flash and Green Lantern, they’re an unstoppable force of good that has saved the world dozens of times over. However, this also makes them the most powerful force on Earth. What would happen if they ever turned rogue? 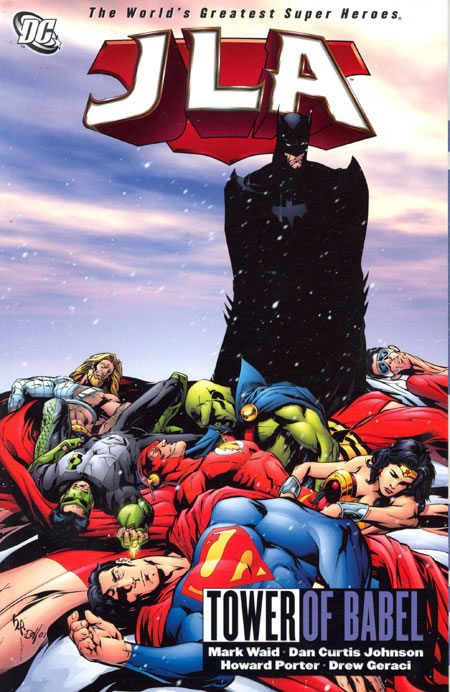 Various Justice League tales have tackled this question – such as Justice League Unlimited‘s Cadmus Arc or Injustice: Gods Among Us – but JLA: Tower of Babel, written by Mark Waid, is a different story altogether. Ra’s al Ghul launches an attack against the League by using their own weaknesses against them, but how did he know to attack them so specifically? Because he managed to steal Batman’s private plans to take each League member out if they are brainwashed or turn evil.

The League comes the closest they’ve ever been to defeat thanks to Batman. His plans had the potential to end up killing his teammates if he didn’t hold back. When it was discovered Batman was partially responsible for Ra’s’ attack, the League felt deeply betrayed by Batman’s decision to weaponize their physical and psychological weaknesses. While Batman is somewhat right to set up precautions in the event Superman or another League member is compromised, what he did was a step too far.

This story was also a nice reminder at how great a threat Ra’s al Ghul is. He’s been one of Batman’s most dangerous enemies and has threatened the world countless times over in order to ‘cleanse’ it, but has rarely gone up against the League. Tower of Babel saw Ra’s actually pull a fast one on Batman, attacking him in a personal way by grave robbing the Waynes’ remains, distracting Batman enough to steal his personal files on the League and attack them. Even that was an attempt to once again make Batman his heir to the League of Assassins by promising to bring Martha and Thomas back via the Lazarus Pit. 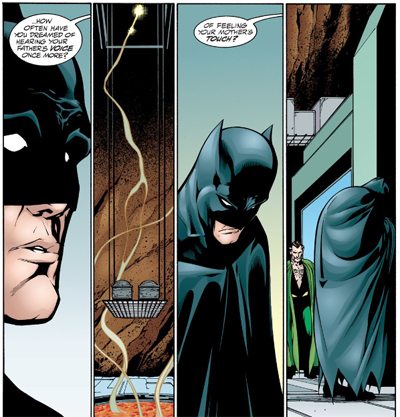 One common comment a lot of people who are unfamiliar with the comics say is how Batman, a hero with no superpowers, could possibly win in a fight against Superman or Wonder Woman or any other superpowered being. Tower of Babel emphasizes Batman’s intelligence and tactical knowledge, as well as just how effectively and even deadly his mind works when he plans his attack against people who outmatch him in speed and muscle.

Ra’s’ attack is enough to create a major rift between Batman and the team. They temporarily put aside their feelings to stop Ra’s, but once they save the day a decision has to be made as to whether or not Batman will remain in the League. In the end, Batman deduces how everyone’s vote will go, including Superman’s tie breaking decision, and leaves himself. It says something to Batman’s character that he doesn’t actually apologize for his for his actions.

The story was loosely adapted in the animated film Justice League: Doom, though this time with Vandal Savage recruiting some of the heroes individual enemies like Bane, Cheetah and Metallo, to organize the Legion of Doom and steal Batman’s plans. Since it was released not long after the start of The New 52, Cyborg is part of the team and helps Batman stop Savage’s attack on the League and the rest of the world. One of the best elements to this adaptation is its use of most of the DC Animated Universe’s prominent voice cast with the return of Kevin Conroy, Tim Daly, Susan Eisenberg, Michael Rosenbaum, Carl Lumby and Phil Morris as Batman, Superman, Wonder Woman, The Flash, Martian Manhunter and Vandal Savage respectively. 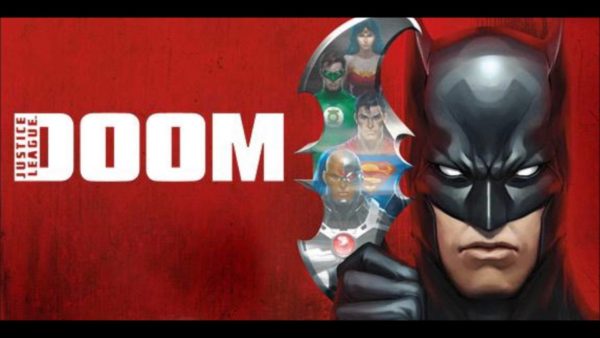 JLA: Tower of Babel is a story that shows the best of intentions, however shrewd, can be incredibly hurtful to the people close to you. It is interesting to see the League attacked by the one person who they thought would always have their back and how Batman is much more cynical than he lets on. It is a bit more of a dour story that examines Batman’s obsessive determination to plan for any eventuality, but yet still is one of the best Justice League adventures to read.