The WWE has really put a lot of effort into this year’s Survivor Series and after weeks of excellent build, the show took place this past Sunday night. While the battle between Raw and SmackDown is nothing new, this year’s event threw up some exceptional matches and turned the event into a mini WrestleMania, especially when you look at some of the talent appearing on the card.

Would the card deliver on the night though? Let’s take a look back at each of Survivor Series 2017 matches and find out.

The Shield Defeated The New Day 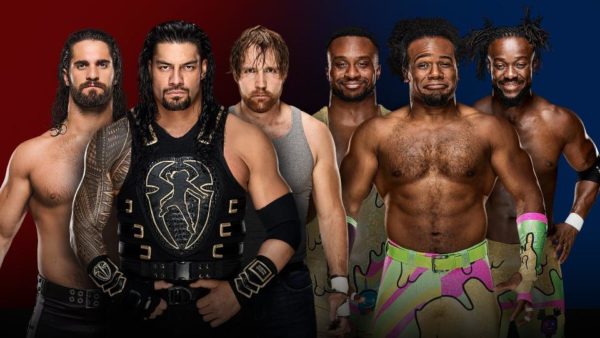 What a way to start the evening. The Shield Vs The New Day was one of the night’s dream matches and boy, did it deliver. The six men had an excellent chemistry in the ring and there was some really well put together spots. It’s nice to see The New Day being booked as a more serious act and their team-work throughout the match was great. Seeing The Shield work together is always a treat, and Reigns is clearly enjoying being popular again.

The psychology of this match-up was awesome, the in-ring work was innovative and refreshing, and the pacing was spot on, with the two teams being given plenty of time to show us what they were capable of. This was an awesome way to open the show. 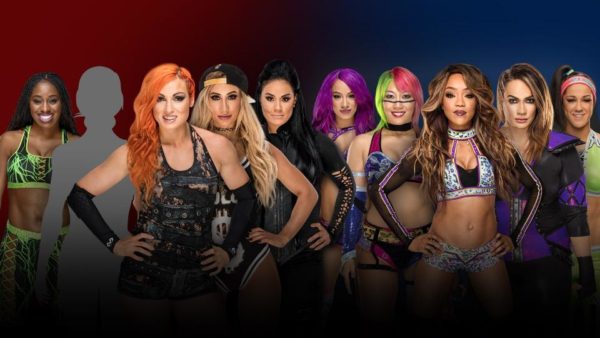 The first of the two classic elimination matches to take place was fairly high up on the card and in general, it was a well-booked, and enjoyable bout. The women were given a nice amount of time to show what they could do, and for the most part, they delivered. Early eliminations of Becky Lynch and Bayley will no doubt have annoyed a lot of the IWC but the two have been so poorly booked for so long now that I’m really not all that shocked. I have enjoyed Alicia Fox over the last month and I enjoyed her character work here as well, hopefully, she is given a little more TV time for here on in.

It was also nice to see the company take Tamina seriously for a night, and I enjoyed the stuff between her and Nia. The commentators did a great job of building the duo, even if they did neglect to mention Asuka’s dominance during these phases. The eliminations were picked up thick and fast, though, Alicia’s elimination was an absolute mess.

Then finally, the WWE, after booking Asuka poorly in the build to this, finally made the Empress of Tomorrow look strong for the finish, with the former NXT champion eliminating Natalya and Tamina with ease to pick up the victory for Team Raw. On the whole, this was a fun, if not slightly messy match-up. 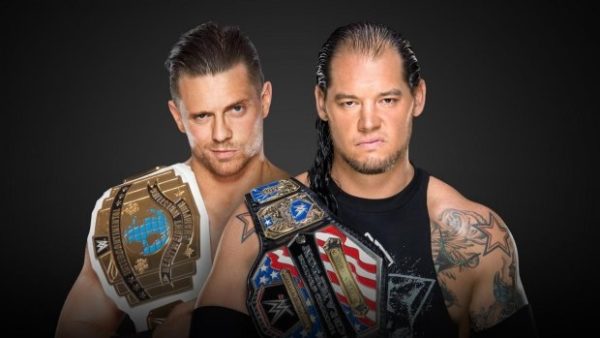 Of all the matches on this card, this was the one I was least interested in. Credit to the two men in the ring, though, they put on a solid bout, especially considering they were somewhat hindered by the fact that they are both heels. While the match was a fairly standard Corbin affair, The Miz was a great partner for The Lone Wolf and the two put in a solid shift.

The Miztourage’s constant interruptions may have been a little distracting but at least they give a team who have been otherwise useless something to do. While I’d have rather The Miz pick up the victory, someone had to lose for Raw and at least this helps Corbin look strong – losing won’t damage The Miz in the slightest.

The Usos defeated Sheamus and Cesaro 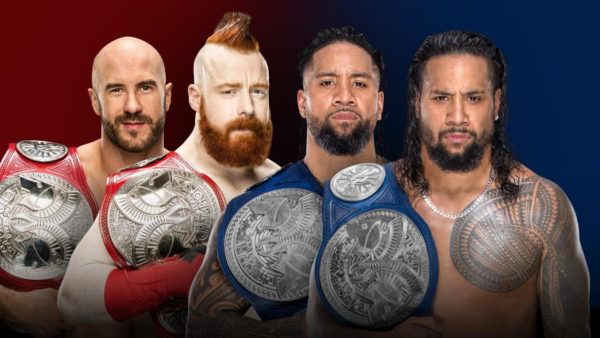 The Usos and The Bar have both had incredible 2017s, and the four men continued their streak in the ring last night at Survivor Series. Not allowing the fact that the match was a heel vs heel bout to hinder proceedings, the two teams put on some great sequences of tag team action and all four men showed why they deserve to be holding the gold right now.

The finish was superbly fast-paced, with plenty of near finishes and some wonderfully executed teamwork sequences. The end of the match was great too, with The Usos teaming up to hit Sheamus with a flurry of superkicks and a big splash to pick up the win and level the scores for Team SmackDown. 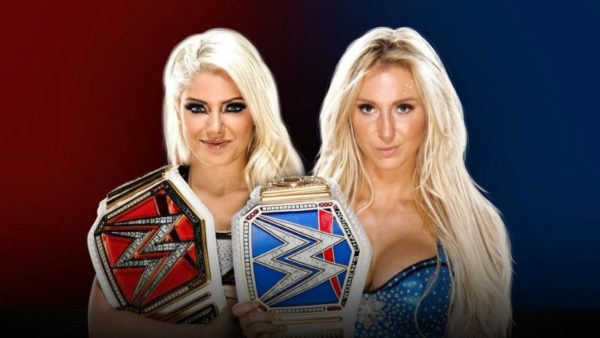 I love both of these women. Alexa and Charlotte are both destined for the Hall of Fame and unsurprisingly they delivered in their first one on one match at Survivor Series. At the start of the match, we were reminded that the last time we saw a woman vs woman championship match was between Melina and Michelle McCool, and that was a nice reminder of just how far the women’s division in the WWE has come in such a short amount of time.

Everything about this match was great. Alexa’s character work is second to none right now and she was the perfect heel for Charlotte. The in-ring side of things was excellent as well. The two had an excellent chemistry in the ring, and they hit some really nice spots. Charlotte picked up the victory thanks to the figure 8 at the end but both women finished this looking like a million bucks. These two are the standard bearers in the WWE right now. 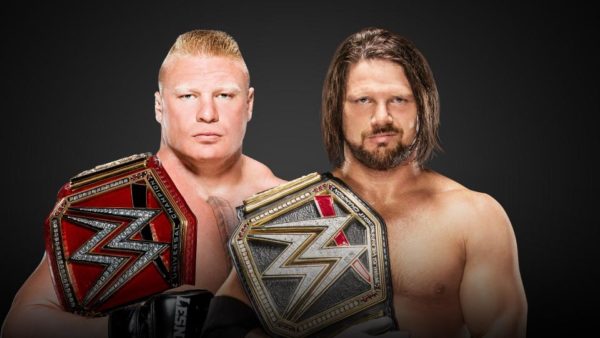 What a match this was. Since AJ won the belt from  Jinder Mahal on SmackDown a few weeks ago, this bout has been billed as a dream match and the two men delivered here. Things got going early on with Brock absolutely destroying AJ and the WWE champion selling it like a boss. The tide turned though and AJ outsmarted Brock, working on his knee and getting several near falls. While it seemed obvious before the match that Brock was going to win, I did believe for a while that AJ might just do it, especially when he locked in the calf-crusher. It was great storytelling in the ring and it was captivating to watch. Brock’s reversal of that move was absolutely brutal as well and was a nice way to swing the momentum a little.

Brock eventually caught AJ mid-air (also, awesome!) and finished him off with the F5. I quite like the fact that Brock has only needed to hit one F5 to win his last few matches – it really establishes the move as being deadly and makes it feel like a legitimate finisher and a game changer.

On the whole, this was great. The in-ring stuff was great and the psychology of the match was spot on. Brock has had a good run since winning the Universal belt and this was his best match of 2017. 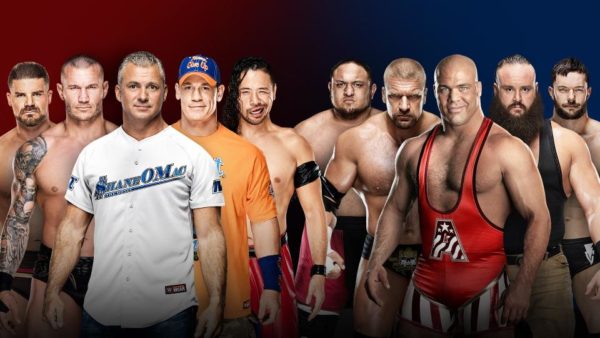 What happened here? Looking at the talent involved in this match, this should have been a match of the year contender, and while the first half was enjoyable, the second half was a disaster. The early goings give us the chance to see some dream pair-ups in the ring, and the match also teased several feuds for the coming months. Braun was booked to look like a beast and the spot with him being put through the table was nice. I suspect we may see John Cena and Samoa Joe go at it in the coming months, so Cena eliminated Joe was a logical move.

And then, it all went to pot. The finish saw Triple H screw Kurt Angle, presumably, so he could pin Shane himself and pick up the victory. Am I excited to find out why he did that? No, I couldn’t care less. Survivor Series was such an awesome show, there was no need to shift so much focus onto Triple H, Shane McMahon, and Kurt Angle. Take a look at the talent involved here – the likes of Roode, Nakamura, Balor and Joe were basically treated as an afterthought and were all eliminated with next to no drama, hell, even Zayn and Owens were dispatched of with no trouble from Shane. The saving grace here is that Braun got to look strong, and has a potential feud with Triple H to look forward to but other than that, this ending ruined this match and also highlighted why the WWE is struggling to create stars for the future. It’s got a passing grade because of some early moments in the bout but man, those last 10 minutes were terribly booked.

Overall: Survivor Series was, like last year, one of the best shows of the year, with most superstars stepping up to the plate and delivering on the night. The card’s three ‘dream matches’ all delivered and then some while even some of the night’s less interesting bouts were great. Hopefully, the show isn’t remembered for its shoddy finish because other than that, this is one of the best cards the WWE has given us all year.

Did you enjoy Survivor Series? Let us know in the comments below, and let Liam know on Twitter, here @liamhoofe