WWE has had a very interesting 2017. The year will best be remembered for some of the most bizarre booking decisions in recent history and for having far too many PPVs for it to handle, but from an in-ring standpoint, the year hasn’t been all bad.

With so many PPVs to contend with, it seemed only natural that there would be the occasional stinker. The company did manage to put on some great shows as well, though, so let’s take a look back at all 16 of the year’s events, and rank them from worst to best.

Imagine if someone had told you last year that a WWE pay-per-view was going to close with The Great Khali and Jinder Mahal walking up the ramp, while the latter celebrated with the WWE title. 2017 was a strange time to be a wrestling fan and things didn’t get any more surreal than this.

Jinder had, of course, just defeated Randy Orton in a Punjabi Prison match in the night’s main event, and that is basically all you need to know in terms of me justifying this event’s ranking on the list. The Usos and The New Day had put on a cracking match to kick off the show, but it was all downhill from there. Shinsuke Nakamura put on an incredibly disappointing display against Baron Corbin, while AJ and Kevin Owens, despite not putting on a bad effort, couldn’t live up to expectations.

John Cena also beat Rusev in one of the most forgettable feuds of the year, while Mike Kannelis lost to Sami Zayn on his PPV debut, something which set the tone for the rest of his run in the WWE.

WWE Backlash 2017, best known as the event where WWE creative lost their freaking minds. This was the night the WWE decided that Jinder Mahal, of 3MB fame, should be the WWE champion. Sure, his victory got a reaction from the fans but it was far from a positive one, no matter what kind of spin you put on it.

Kevin Owens and AJ styles put on a solid match with a terrible finish earlier in the night, while the night was also notable for featuring the debut of Shinsuke Nakamura. Ahhh, remember when we thought the WWE would utilise the former New Japan star properly? Those were the days.

His debut match with Ziggler has been criticised by many but I think it was one of his better PPV outings of 2017 (then again, that isn’t difficult.) Breezango and The Usos had a ridiculous, but enjoyable bout earlier on the card as well. Other than that, this event was pretty weak.

The first pay-per-view post WrestleMania and the first one following the Superstar Shake-Up, Payback was a seriously mixed bag. The show, of course, will be best remembered for the infamous House of Horrors bout between Randy Orton and Bray Wyatt, one which really damaged the credibility of either man going forward in 2017.

Before this debacle, though, the show was fairly solid. The mid-card was one of the strongest on PPV this year, featuring a great tag bout between The Hardys and The Bar, a great match between Aries and Neville (shame about the finish) and an underrated match between Bayley and Alexa Bliss. Samoa Joe and Seth Rollins did disappoint later in the night but it’s the House of Horrors that really drags this card down. 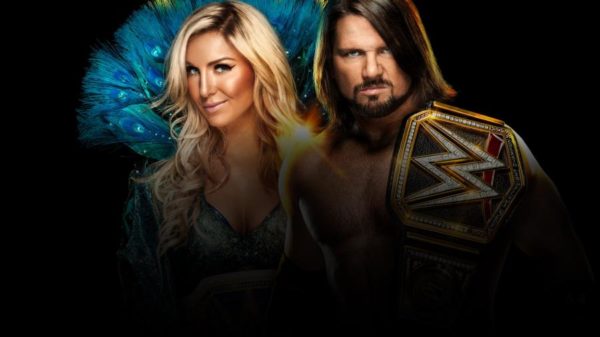 The final PPV of the calendar year, Clash of Champions saw the year out with a whimper. The main event of Jinder Mahal and AJ Styles was disappointingly dull, while the show was sold on the escalating feud between Daniel Bryan and Shane McMahon, a storyline that only seemed more confused following the event.

The rest of the card ranged from great (The opening two title matches) to pretty poor (the women’s title matches) this event felt like exactly what it was – an afterthought.

Next year’s Money in the Bank show will be a joint venture between Raw and SmackDown and we all should all be thankful for that as we take a look back at what has been a pretty dreadful year for the blue brand on PPV. Money in the Bank is often one of the year’s most exciting cards but this year’s event felt very much like a one-match card.

The opening women’s Money in the Bank was a solid match ruined by a very questionable ending, while the whole of the mid-card sucked. Randy Orton lost to Jinder Mahal, again, while The Usos and The New Day were booked for a terrible finish in a match that was in no way indicative of things to come from the two teams.

The night was saved by a thrilling Money in the Bank main-event, a match that will be best remembered for the first ever WWE staredown between Shinsuke Nakamura and AJ Styles.