Owens and Sami, or Kami, are on their way to the ring to start the night. The most notable thing to start things off is the crowd’s reaction to both men – credit where it’s due, both guys have managed to get plenty of heat during this whole convoluted mess. The two come out and talk about how AJ has no chance at the Rumble and how they plan to hurt him during, and after the match. This prompts AJ to head to the ring.

AJ goes over everything the duo have just said and says ‘nope’ at the end of every statement. He drops a few catchphrases and then Owens challenges AJ to two separate matches later in the night. First, Owens will face Kevin and after that, he will face Sami. This prompts Daniel Bryan to come out. Bryan praises Kami but says enough is enough- AJ cuts him off and accepts the duo’s challenge before leaving to close the segment. This was a nice set-up for the rest of the night and, for the second week running, there was no sign of Shane O Mac in the opening segment. Onwards and upwards guys.

Oh wait, there he is. We see a little exchange between Shane and Bryan and it’s just another one of the usual backstage skits we’ve been getting from them recently. 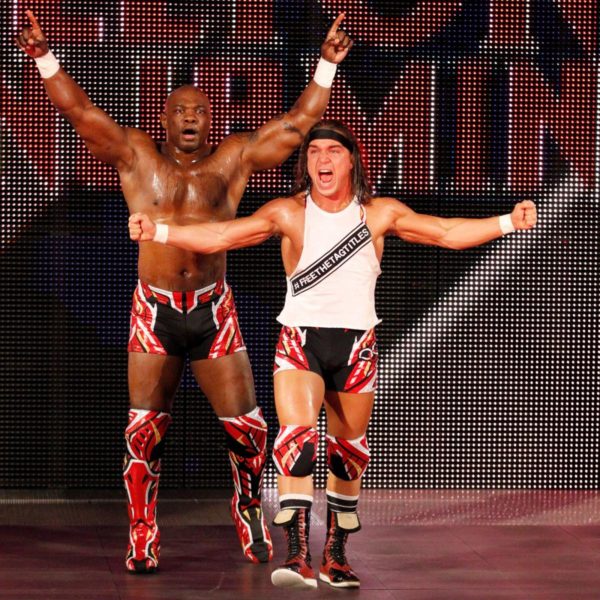 Jey Uso is out next for a match with Chad Gable. Gable is always super impressive in one on one action and things are no different here- the two men put on a great singles match that has successfully got me more excited for the upcoming 2 out of 3 falls match this coming Sunday. Gable picked up the clean victory which gives American Alpha 2.0 some nice momentum heading into the event. (Match Rating: *** 1/4)

Next, we see Shinsuke Nakamura being interviewed backstage when Baron Corbin interrupts. They do the usual Rumble talk and Shinsuke challenges Baron to a match later in the night.

Naomi is out next for a very quick match with Liv Morgan. Naomi picks up the quick victory here but the match was perfectly fine for what it was. (Match Rating: N/A) After the match, the women fill the ring and brawl. Becky and Naomi clear house and then Becky tries to throw Naomi over the rope but Naomi doesn’t fall from the apron, the two give each other a knowing glance. Then, Charlotte Flair hits the ring and wishes everybody luck, especially the winner. This was a nice segment to hype the women’s match. It’s a nice reminder of what the winner gets and Charlotte looked great here, as did Becky and Naomi. SmackDown did a much better job of hyping its women up this week than Raw did.

Shinsuke Nakamura Vs Baron Corbin is up next. The two men put on a much, much better match than their horrible feud from last summer. The match was fast-paced and exciting and featured plenty of near falls.  Nakamura is considered by many to be a favorite for the Rumble, so having Corbin look strong against him here will help give the Lone Wolf a little bit of momentum. The finish was awesome too – Nakamura lined Corbin up for the Kinshasa and then, as he ran to hit it, Randy Orton hit an RKO from, you guessed it, outta nowhere. (Match Rating: *** 1/4) Firstly, what an awesome way to end the bout, that RKO was so well executed, and secondly, what a great way to build the Rumble.

Back after the break and it’s time for The New and Bobby Roode Vs Jinder Mahal and Rusev Day, which I guess is what they’re calling Aiden English and Rusev now. New Day and Roode cut a promo on the way out and The New Day look like they’re having a great time. The match itself is a fairly standard middle of the night affair with the faces picking up the win. The New Day and Rusev Day are always fun to watch here and I presume Jinder and Roode are continuing their feud. Don’t be surprised to see a match added between the two at the Rumble now that the Cruiserweight Title match is off the card. (Match Rating: ** 1/2) 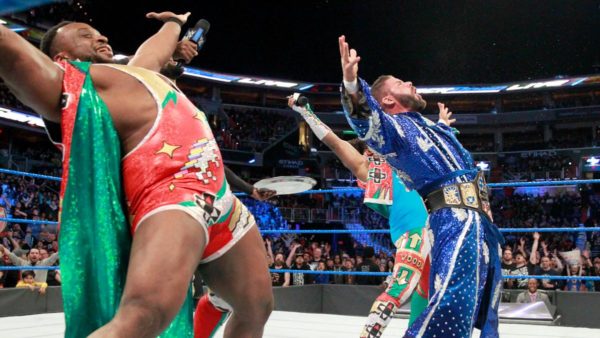 On to the first of the night’s main event matches, AJ Styles Vs Kevin Owens. As Kami make their way to the ring, Shane comes out and tells both men that they are banned from ringside during the other’s match.  Styles makes surprisingly quick work of Owens here, forcing him to tap out. Makes sense considering the WWE are trying to protect Owens due to his recent injury. Owens continues to sell the injury on the outside while Sami makes his way to the ring. The commentators continue to big up the fact that Owens shouldn’t be at ringside while Sami and AJ put on a great match in the ring. The two have excellent chemistry and they were given a good time to show what they can do. For the finish, AJ tips over Owens’ stretcher, which was actually pretty funny, allowing Sami to hit the Helluva kick on AJ as he gets back in the ring. (Match Rating: *** 1/2) As main events go, I really enjoyed this – great character work and great in-ring action, a top way to close the show. 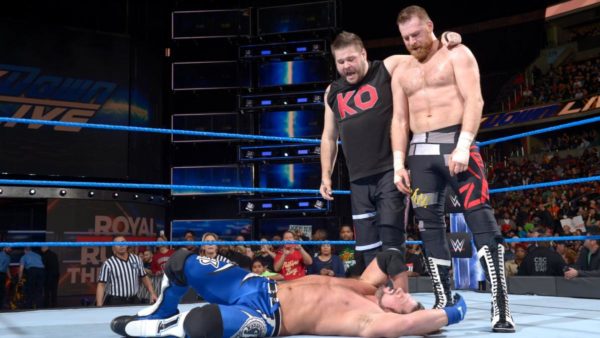 Verdict: After Raw’s disappointing episode last night, SmackDown delivered a top-notch go home show here. The angles were all enjoyable and the in-ring work was solid throughout. Plenty of hype was built for the Rumble and a lot of superstars were allowed to look strong heading into the bout. Good stuff all around.

Mixed Match Challenge: Big E and Carmella Vs The Miz and Asuka 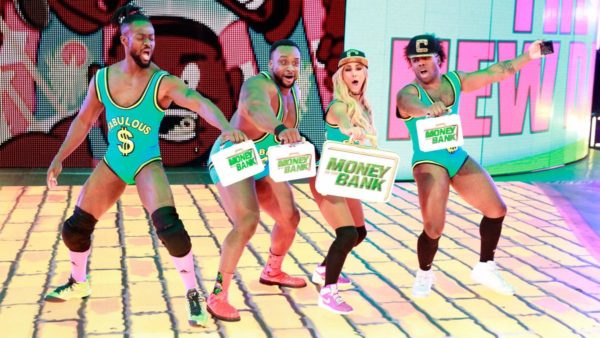 Well, this was fun, wasn’t it? Once again this week, The Mixed Match Challenge delivered a nice slice of fun outside of the usual weekly shenanigans. Big E and Carmella were really fun together, especially during their entrance, while The Miz and Asuka have been the perfect combination since day one. From an in-ring perspective, the match was dominated by The Miz and Big E, with Carmella running scared from Asuka whenever she got tagged in, which was a nice touch. The two men put on a solid match and then Asuka was allowed to get the victory by forcing Carmella to tap out. Like last week, I enjoyed pretty much everything about this- especially the character stuff. Next week we get Braun and Alexa teaming up for the first time, which should prove to be highly enjoyable. Keep up the good work guys. (Match Rating: *** )

You can chat wrestling with Liam on Twitter @liamhoofe