This week’s SmackDown Live kicked off, for once, with WWE Champion AJ Styles in the ring. AJ was being interviewed by Renee Young about his upcoming handicap match at the Royal Rumble against Sami Zayn and Kevin Owens. AJ admits that it will be difficult for him to win but he will the two hard and fast and he will prove once and for once that this is the house AJ Styles built. Halfway through his phrase, Owens’ music hits and Owens and Zayn make their way to the ring. They talk about becoming the first ever co WWE champions, they head to the ring ready for a confrontation but, nope! out comes Shane McMahon to a collective sigh from everyone watching at home.

Shane cuts his usual rubbish and announces that Owens and Zayn will have to compete in a handicap match themselves tonight and that the night’s main event will see the duo square off against AJ Styles, Shinsuke Nakamura, and Randy Orton.  Not a bad opening segment but my god, am I sick of seeing Shane McMahon at the start of these shows. It annoys me that AJ and the title are only considered important enough to start the show because they are now involved in this ongoing Shane McMahon nonsense. The only way this will have all been worth it is if Daniel Bryan ends up stepping foot back in a WWE ring which, sadly, I don’t see happening.  I also wish the company would find something better for Orton and Shinsuke to do, having them as Shane’s hired guns is not exactly doing them any favors. After all this, we see Shane walking backstage looking like horribly smug before he bumps into Daniel Bryan, who shakes his hand. 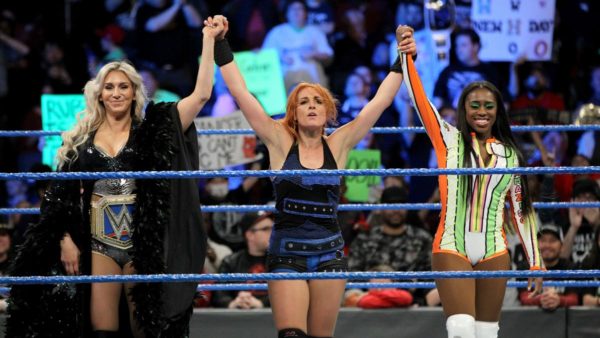 Becky Lynch announces herself for the Royal Rumble in a little video promo before her match with Ruby Riott, which is the night’s first bout. Charlotte and Naomi were both given full entrances here, despite only being at ringside for the bout – killing time much, guys? The match itself was a fairly solid encounter. Ruby Riott is the strongest of the three competitors who have been bought up and she showed it here against Becky. Nice for Becky to pick up a victory and some momentum heading into the Rumble, I can see her making the final four on the night. (Match Rating: ** 1/2)

The Bludgeon Brothers are out for a quick squash against The Ascension next. (Match Rating: N/A) When this match was announced last week, I foolishly, convinced myself that The Ascension would be made to look strong in defeat and perhaps built back up again. If they had been made to look competitive here, and likewise, in a match on the Rumble pre-show, then they could have slowly worked their way back up in the division, how wrong I was. 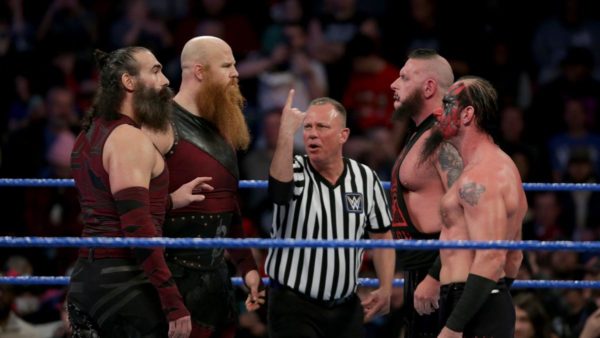 The next match in the US title tournament is next – Mojo Rawley Vs Zack Ryder. Bobby Roode makes his way to ringside to a nice pop and then the match is underway. Rawley has been on fire in recent weeks, at least, from a promo perspective. If you’ve not seen the promo he cut on Ryder on social media recently, go and check it out now. The match here was basically a rehash of their match at Clash of Champions. Rawley emerged victorious once again and progresses to face Roode next week. (Match Rating: ** 1/2)

We then see a video package from Jinder Mahal who taunts Xavier Woods about their match next week and how he is going to put an end to The New Day’s hopes. Jinder is much better suited in this mid-card role, though, I think I would actually like to see Xavier win this whole tournament. A New Day triple threat match at Mania for the US title would be amazing – and you wouldn’t have to split the group up to do it. I suspect Jinder will face Roode at the Rumble, though, with Ziggler returning to feud with the winner straight after.

Chad Gable and Shelton Benjamin are in the ring next to demand justice following the events of last week. The two cut a solid promo before Daniel Bryan comes to join them in the ring. Bryan says he understands what it is like to be screwed for the gold but the referee’s decision last week was final and that is that. Benjamin asks what they need to do – ‘beat them twice in one night!?’ to which Bryan responds by making a 2 out of 3 falls tag match at the Rumble. This should be a cracking bout, though, it will likely be constricted by time due to the card already having two rumble matches.

Rusev and English are in the ring next talking about the ‘Rusev Rumble’, they have a match against Fandango and Breeze next. Like they did on last night’s Raw, the company pulled a shock decision here by giving Breezango the roll-up victory. It seems that the company is probably trying to push tag teams up the pecking up quickly as they often like to have big multi-team matches at Mania. That’s not for definite but I don’t see why else they would award both Titus Worldwide and Breezango such surprising wins on back to back shows. I do expect these two teams to rematch on the Rumble pre-show though. (Match Rating: **)

We see a little backstage segment between Bryan and Shane. Shane asks Bryan if he feels okay and suggests he might be unstable, Bryan retorts by suggesting that perhaps Shane is the unstable one and that he only has to take a look at his gene pool to see why. Shane takes offense to this and says the two will just have to agree to disagree. Yawn. 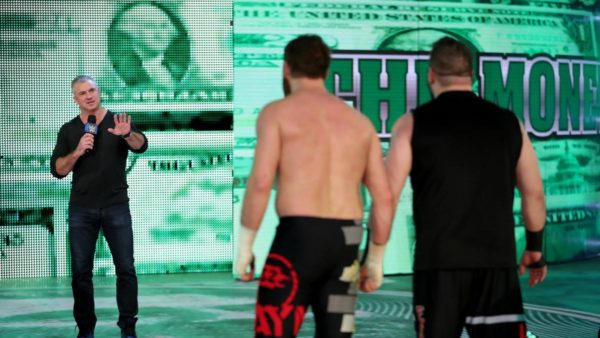 The night’s main event is next and it’s the standard, enjoyable, tag match SmackDown main event, which we’ve seen countless times over the last few months. The faces dominate most of the match while Zayn and Owens do their usual heel work. Owens then hits Orton with a chair and gets disqualified. As Owens and Sami are heading up the ramp, Shane’s music hits to a big collective sigh, once again, and he announces that the match is now no-dq and no countout. AJ immediately hits Owens with a chair and the two fight to the back, leaving Sami to get beat up by his Orton and Shinsuke. The two beat him down, hit both their finishing moves and the night finishes with those two celebrating in the ring together. (Match Rating:***)

Verdict: SmackDown is really beginning to feel like a case of rinse and repeat at the moment. The Shane McMahon storyline is so tiresome at this point and while many hope it will lead to Bryan returning to the ring, I can’t see it myself. Hopefully, I’m wrong. The main event was good fun and none of the matches were bad. On the whole, this was a fairly average edition of SmackDown. One which repeated matches and angles we have seen several times over the last month or so.