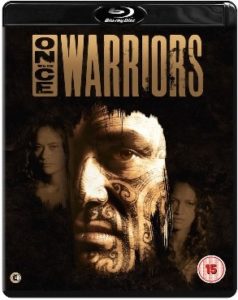 The mother of a New Zealand Maori family struggles to keep her family together as her violent husband and wayward children seem to pull apart. 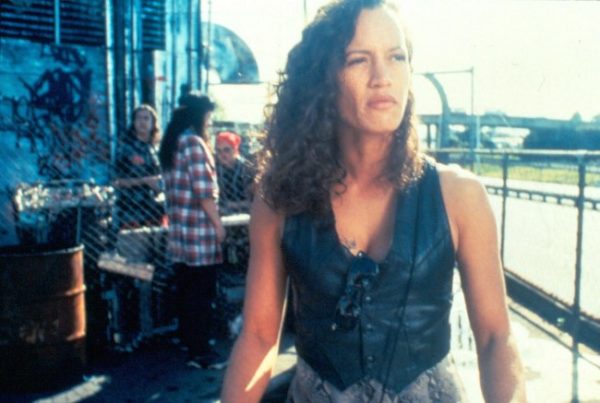 Controversial upon its original release and still packing a punch today, Once Were Warriors is a powerful film in every respect, from the performances – especially the two leads – to the emotionally-charged script through to director Lee Tamahori’s bleak vision peppered with specks of hope for its characters. Beth Heke (Rena Owen – The Last Witch Hunter) is a mother to five children and wife to Jake (Temuera Morrison – Star Wars: Episode II – Attack of the Clones), a violent alcoholic with a quick temper and quicker fists who has just lost his job and so spends most of his time down the local bar with his mates. Eldest son Nig (Julian Arahanga – The Matrix) has totally turned against his father and is about to be initiated into a local Maori gang, younger teenage son Boogie (Taungaroa Emile – Whale Rider) is going off the rails and is about to be taken into care after being arrested for the umpteenth time while 13-year-old daughter Grace (Mamaengaroa Kerr-Bell) is the sensible one in the family, doing well at school, telling stories to the two younger children – who are young enough not to be any serious bother to their parents and old enough to know when to keep quiet – and trying her best to keep a smile on her face despite Jake’s temper and Beth’s broken promises.

The film is less plot-driven and more a snapshot into this family’s life, as the whole family struggle to maintain any sense of balance against poverty and their proud Maori heritage and as Beth struggles to keep on the right side of Jake, who is prone to inviting his mates back from the pub after hours to party all night in their home. On one particular occasion, after giving a thug a battering down the pub – a scene in which we see what Jake is capable of when somebody he doesn’t know upsets him – Jake and his crew go back to the Heke household and things seem to be going well until Beth says the wrong thing and, during one of the film’s most explosive and shocking moments, we get to see what Jake can really do when somebody gets on his wrong side. Temuera Morrison and Rena Owen are terrific as the husband and wife who clearly love each other but just cannot seem to get a grip on what they have, and the scenes where Jake is throwing Beth around the house and smashing what meagre possessions they own using her face are some of the most harrowing examples of domestic violence committed to film and are still as powerful today as they were back in 1994. The less violent scenes are also magnificently acted, and despite Jake’s outbursts he clearly loves his wife, with Temuera Morrison selling us Jake as a lovable rogue with a bit of a temper during some relatively light-hearted moments of humour. When he does turn, however, the expression in his eyes and the way in which he suddenly raises his voice doesn’t always have the desired effect and comes across as a little comical at times, that is until he starts swinging his fists about and you know he means business. 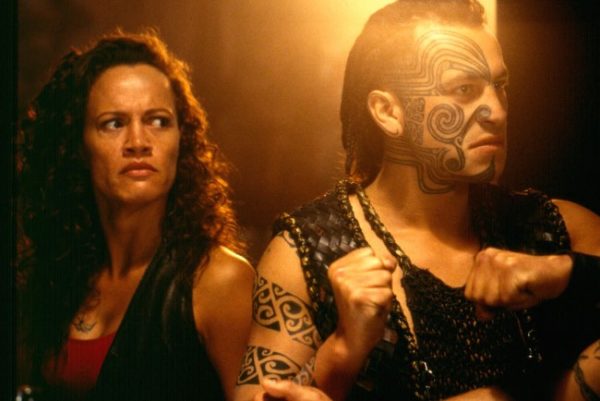 The story that does eventually play out in the second half of the film is an unsettling one as the broken Heke family face their darkest moment, and as Beth decides to make a stand against Jake and his abusive ways she discovers the reasons why things have taken the turn they have. It is here that we, along with Beth and the children, realise that Jake is not going to change but his hot-headedness may be the key for the family to move forward as a relatively stable unit.

For a movie so bleak and grim the Blu-ray transfer is surprisingly crisp and clean, especially during any scenes that are set outside, although there is a bit of grain here and there early on. The disc also comes with an interview with director Lee Tamahori and, more interestingly, Once Were Warriors – Where Are They Now?, a featurette where actor Julian Arahanga brings together all of the key players from the film 20 years on; interesting because it shows how small Temuera Morrison is compared to how he looks when he played Jake, thanks to a bodybuilding routine but, mostly, to the magic of film. Obviously, Once Were Warriors is not a feel-good movie nor one to put on for a lazy Sunday afternoon but as far as intense human dramas go it is one of the best examples out there, certainly of the past 30 years and possibly ever, and its importance to the New Zealand film industry, the careers of many of its cast and crew and ‘90s cinema in general cannot really be understated. It isn’t a perfect movie but it is damn good one that still manages to get a reaction 24 years later.