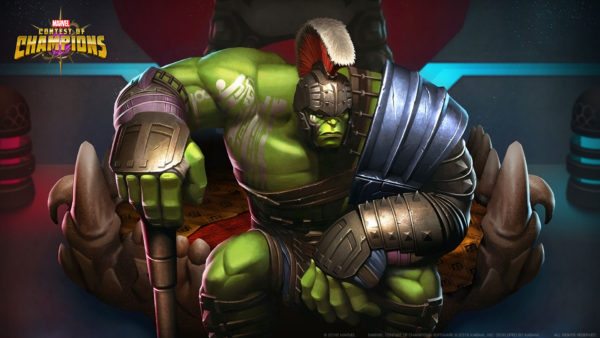 After previously introducing the God of Thunder and Hela, Kabam has now announced that the Thor: Ragnarok version of The Incredible Hulk has officially entered the contest and is available to players in Marvel Contest of Champions.

Here’s a look at the Hulk in action, followed by his stats and abilities below…

Only Hulk truly knows how he ended up on Sakaar, fighting in the arena. But once he entered the arena, he was immediately a crowd favorite! By using his unique blend of savage rage, showmanship, and unstoppable strength to smash through some of the strongest beings in the galaxy, he became their Champion. After all, the only thing better than smashing, is smashing them while the crowd goes wild! 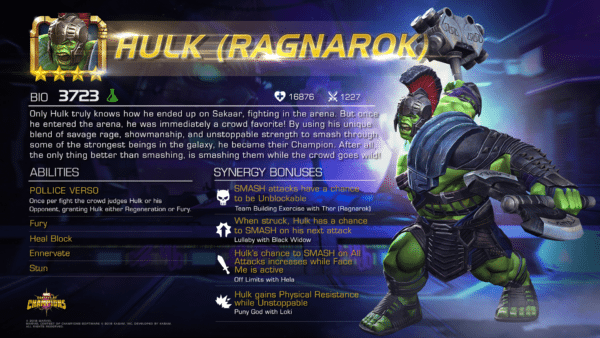